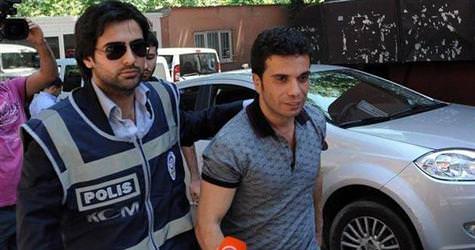 Prosecutors investigating soccer match-fixing in Turkey have brought charges against 69 suspects -- including the chairman of champions Fenerbahçe -- in an indictment that mentioned almost all of the country's top clubs.

More than 30 players and officials, including Fenerbahçe chairman Aziz Yıldırım, have been jailed pending trial since the scandal forced the Turkish Football Federation (TFF) to delay the start of the season by a month.
Yıldırım is accused of "forming an organisation for unjust financial gain" among a raft of charges ranging from larceny to match-fixing and payment of bribes, a statement by Chief Deputy Istanbul Public Prosecutor Fikret Seçen said.
One of two deputy presidents of the TFF, Goksel Gumusdag, was among those indicted on match-fixing charges.
Another suspect, Olgun Peker, an ex-president of club Orduspor, was accused of organising an armed gang.
An Istanbul court has 15 days to decide whether the case is strong enough to go to trial, the prosecutors' statement said.
On Friday, President Abdullah Gül vetoed legislation approved by parliament that would have reduced jail sentences for match-fixing crimes from a maximum 12 years to three years.
The president based his decision on concern that the public would view the change in the law as being made to benefit certain individuals, and that the reduced penalties would not act as a sufficient deterrent.
The investigation probed alleged manipulation in 19 matches, including Fenerbahce's 4-3 victory over Sivasspor that won the league championship on the final day of last season.
Under pressure from UEFA, the Turkish Football Federation barred last term's champions Fenerbahçe from this season's Champions League. Last season's runners-up Trabzonspor were entered as Fenerbahce's replacements.
Fenerbahçe, Turkey's richest and best-supported club, are once again heading the rankings with 12 games played.
Other clubs mentioned in the indictment were Beşiktaş, Trabzonspor, Istanbul Büyükşehir Belediyesi Spor (IBB), Sivasspor, Manisaspor, Giresunspor and Mersin Idman Yurdu.
Last term's cup final between Beşiktaş and IBB is another match under investigation. Winners Beşiktaş have returned the trophy pending the probe's outcome.
With Saturday's fixtures still to be played, out of the top eight in the standings, only second-placed Galatasaray have been untouched by the scandal.