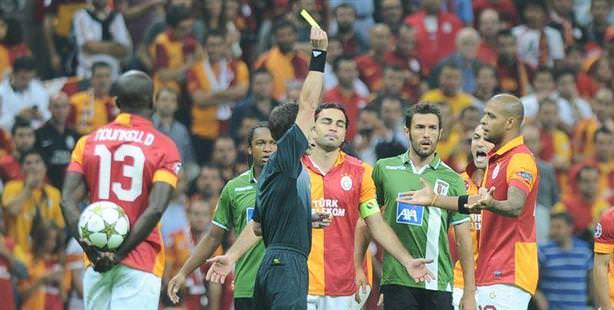 Galatasaray loses to Braga by 0-2 in their first-ever Champions League game played at the Arena.

After suffering a 0-2 loss against Manchester United at Old Trafford in their Champions League opener, Fatih Terim assured that although the team played well despite the loss, they are sure to win tonight's game at home. However, that was not the case as Galatasaray conceded to a 0-2 loss at home.
Speaking at a press conference prior to tonight's Group H face-off against Braga for the Champions League, Technical Director Fatih Terim emphasized the message "To the end," in an effort to express that the team will be giving it all in this group stage play-off.

"Galatasaray played well against Manchester United, in a way fans can be proud of, however I keep reminding the team that we lost three points. Braga is one of the best teams in Europe. They lost to Cluj, however the result did not reflect the game played, and we saw that. The fact that Cluj won in an away game will definitely now switch up Braga's plans. It will be a difficult game. We need to be patient."

THE FIRST TRIAL IN THE ARENA