Fenerbahçe faces Borussia Mönchengladbach in a first without Alex 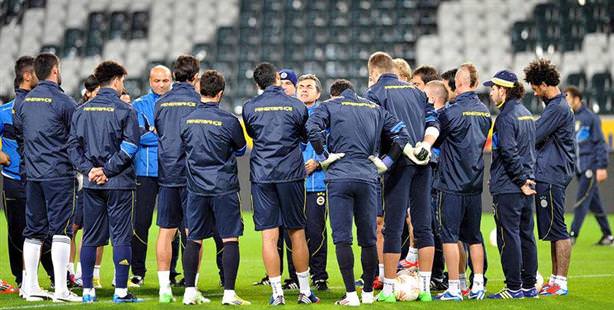 Fenerbahçe plays an away game against Germany’s Borussia Mönchengladbach tonight for their second match in Group C for the UEFA Europa League. This will be the first game played since legendary captain Alex De Souza left the team earlier this week. The game kicks off at 22:05 and will be broadcasted live on Star TV.

Tonight's game will not only be the first UEFA Europa League match for Borussia Monchengladbach at home, but will also be the first time they face-off against a Turkish team ever.

Fenerbahçe will be seeking a win after having lost to their first Europa Cup contenders Marseille at home from a two to nothing lead. In fact, the Fenerbahçe-Marseille match was pivotal in Alex's departure; the goal he scored in that game was to be his last, ending his legendary eight-year spell with Fenerbahçe. Technical Director Aykut Kocaman substituted the captain in the 67th minute and while Fenerbahçe was up by 2-0. What followed however, were two goals by the French side in the final ten minutes.

Tonight's game will be the first since the controversial departure of former team captain Alex De Souza on Monday. After playing with Fenerbahçe for the past eight years, the well-loved Brazilian walked away from the team just weeks after a statue was erected in his honor, in a park in the Kadıköy district which Fenerbahçe represents. The dismissal came after Coach Aykut Kocaman sidelined him in important domestic and international games.

There was speculation this week that technical Director Aykut Kocaman had also resigned, however Fenerbahçe club President Aziz Yıldırım has waylaid any such thoughts by stating that the coach stays as long as Yıldırım is at Fenerbahçe. Yıldırım was speaking to the press at the Istanbul Sabiha Gökçen Airport on Wednesday upon the team's departure for Germany. In reference to Alex's departure, Yıldırım said, "It was either him or me".