Turkey has forgotten how to play football 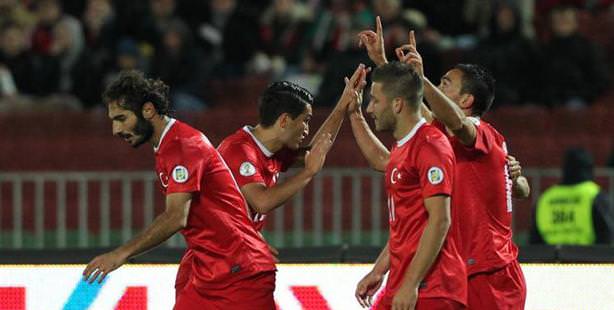 Turkey suffered a 3-1 loss to Hungary last night in the Group D qualification round for the FIFA 2014 World Cup.

Turkey started off strong and gained a deserved lead at the Ferenc Puskas Stadium in Budapest when Caner Erkin marched down the left wing and his cross was tapped in by Mevlut Erdinc in the 22nd minute.

For Turkey however, the game should have ended there… Hungary hit back nine minutes later as an effort from Vladimir Koman, which seemed to be intended as a cross, went in off goalkeeper Volkan Demirel.

Returning from the half time, the home team went 2-1 up in the 50th minute when Adam Szalai rounded off a sweeping counter attack. Turkey seemed to have given up and just seven minutes later Zoltan Gera made sure of victory with a penalty called by Italian referee Daniele Orsato after Hamit Altintop felled Koman bringing the Hungarians' the 3-1 win.

After last night's Group D results Hungary comes in second to Netherlands who lead the group with 12 points. Romania who lost 4-1 to Netherlands at home is in third yet ties with Hungary at nine points. Turkey is in fourth place with three points from their sole victory against Estonia, which follows in fifth also with three points. Andorra takes the rear and has yet to have secured a win.

Turkey will have time to relearn the sport by their next challenge in the World Cup qualifiers on March 22nd against Andorra.