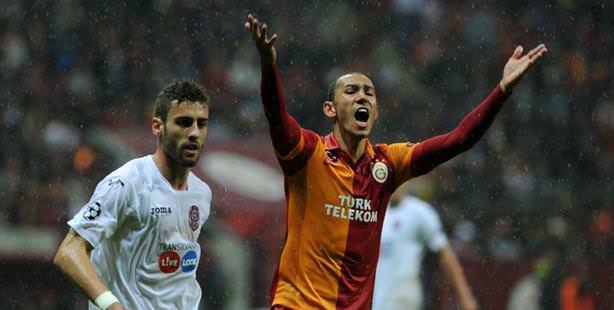 Galatasaray managed to lose the chance to gain three points in their Champions League adventure last night against a ten-player Cluj.

Last year's champions have yet to see a win in the past five games played. In fact, Turkish teams have not gained a victory in the Champions League in the last 14 games played.

Galatasaray continues to seek successes as in previous European league performances, however has yet to win a single game out of the past five European matches played at home. With the exception of the Cluj game, Galatasaray has only had two goals go past its goalpost and has had three draws and two losses.

Galatasaray has also yet to win a single match out of the last five played in Europe and in Turkey. Meanwhile, with the exception of preliminary elimination matches, our teams playing in the Champions League have not seen the face of victory in 15 games.

Turkish teams have secured six draws and eight losses. While they have managed to score eight goals they have suffered 26 scored against them.

The last Champions League victory for the Turks was when Fenerbahçe won 2-1 against Chelsea in 2008.