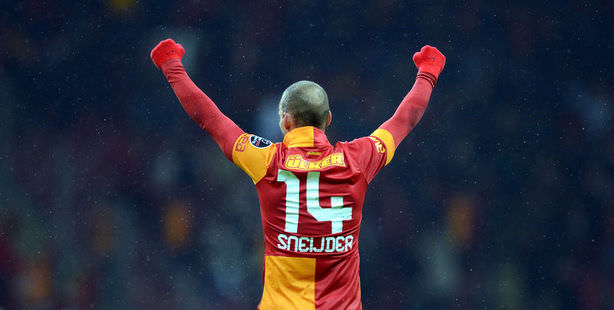 Hosts Galatasaray were the winning side in Sunday night’s exciting derby against fellow archrivals Beşiktaş with a 2-1 win.

Galatasaray struck early with a score by Emre Çolak in the third minute of the game. Beşiktaş missed a surefire chance to draw when Roberto Hilbert failed to score a goal in an unguarded goalpost. The tension remained high in the first half of the game and in the final minute, the hosts and league leaders Galatasaray followed up with a second goal by Albert Riera in the final minute of the first half.

Beşiktaş's started off the second half of the game by scoring their sole goal in the 46th minute in a shot by Tomas Sivok. In the 61st minute Felipe Melo was sent off the field with a red card, leaving his team with just ten players to contend for their league leadership. The second half also saw the entry of Galatasaray's newest and highly anticipated transfer Wesley Snejder. Galatasaray have now moved up to 36 points in the league standings with Beşiktaş their closest rivals at 31 points.