Galatasaray faces off against Schalke in Germany tonight 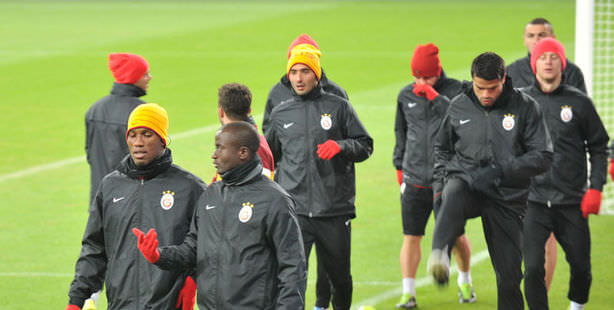 Galatasaray will be taking on Schalke for the return leg of the Champions League round of 16 in Germany tonight.

The first leg ended in a 1-1 draw in Istanbul; therefore Schalke has the advantage going into tonight's game in Germany. Galatasaray will be seeking to score with the team's new high profile transfers Wesley Sneijder and Didier Drogba and Burak Yılmaz, who is presently the second highest goal scorer in the Champions League. Yılmaz's early goal brought Galatasaray into the lead in the first leg only to be ruled out by Schalke's Jermaine Jones equalizer.

On the Galatasaray side, Danny will be returning to most likely don a uniform tonight after a long injury and technical director Fatih Terim returns to the field following a three match penalty. On Schalke, Jones is out for a card penalty and Huntelaar will be unable to play due to an injury. Tonight's game played at the Gelsenkirchen's Veltins Arena will be the first time former Schalke midfielder Hamit Altıntop returns to the stadium where he spent four seasons playing with the German team starting 2003. Tonight's game will be refereed by Swedish referee Jonas Eriksson.

HOW WILL GALATASARAY MAKE IT THROUGH TO THE ROUND OF 8?

German side Schalke are the favorites to advance to the quarter-finals after their 1-1 draw with Galatasaray in Turkey. Galatasaray must beat Schalke tonight or secure at least a 2-2 draw. If Schalke wins or no goals are scored, the German side will be going on to the next round. If the game ends in an identical 1-1 draw, then the match will go into overtime and possibly penalty shots. If Galatasaray wins the round tonight it will mark the first time the current Turkish league leaders will have qualified for the Champions League semi-finals since 2001.

Tonight's game, which will be broadcasted live on Star TV, kicks off at 21:45.