Fenerbahçe faces off against Lazio for spot in Europa Cup semifinal 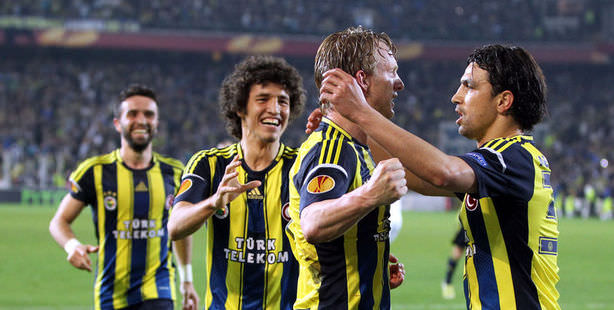 Fenerbahçe contends against Lazio tonight in the second leg of the UEFA Europa League quarterfinals. Fenerbahçe have a two goal advantage against hosts Lazio, who will be playing to an absent crowd in Rome.

With a two-goal advantage, Fenerbahçe is well-placed to reach a European league semi-final for a historical first. With Fenerbahçe having won 2-0 on their home turf in the first leg, Lazio will have to come up with at least three goals to zero to take the win. This is the first time Fenerbahçe has ever qualified for the Europa league quarterfinals and therefore every win is yet another historical record.

Lazio, beaten UEFA Cup finalists in 1998, are unbeaten at home in the competition this season but will be playing their second home match behind closed doors as a punishment for racist behavior and firework use by fans at previous home games. Fenerbahçe, whose most recent appearance in a European quarter-final ended in defeat to Chelsea in the Champions League five years ago, have lost on all six previous visits to Italy. However, Fenerbahçe is more accustomed to playing in stadiums without spectators having already suffered two such penalties thus far and facing another fan-less game next week.

"I think playing without supporters is a disadvantage for any footballer, because you want to play for the supporters," Fenerbahçe forward Dirk Kuyt said. "That's the worst punishment a footballer can get. Hopefully it won't happen again but we'll be playing another silent game next week. "The strategy for the second match will be controlling the game and not giving any chances to Lazio to score." Dirk Kuyt and Pierre Webo were the two scorers of late goals that secured Fenerbahçe's Thursday advantage.

Pavel Kralovec of the Czech Republic will be refereeing the game which kicks off at 10:05 Turkish time and will be broadcasted on Star TV.