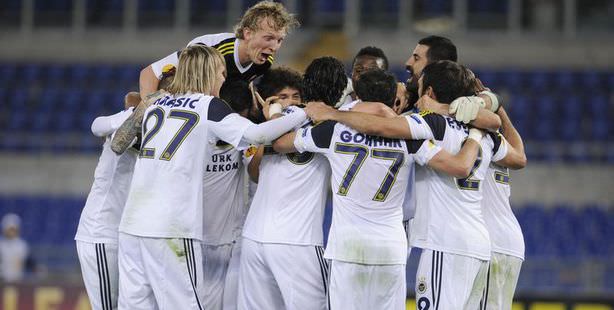 Fenerbahçe was paired with Portugal team Benfica in the drawing held yesterday for the UEFA Europa League semi-finals.

Fenerbahçe will be facing off with Portuguese team Benfica and Basel will be taking on Chelsea for a spot in the UEFA Europa League finals.

The draw took place at the UEFA headquarters in the Swiss city of Nyon on Friday. All four teams competing in the UEFA Europa League were originally Champions League contenders until they were dropped into the second-tier competition.

Fenerbahçe was eliminated by Spartak Moscow in the Champions League and has since continued its European campaign in the Europa Cup. Thursday's 1-1 draw on a 2-0 aggregate put Fenerbahçe through, resulting in the elimination of hosts Lazio. Fenerbahçe is the sole remaining Turkish contender in European leagues this season as Galatasaray dropped out of the Champions League last week on aggregate against Real Madrid despite taking a 3-2 victory at home.

This is the first time Fenerbahçe and Basel will compete in a European semi-final and both teams will be playing their first legs at home on April 25. Fenerbahçe will be hosting Benfica at the Şükrü Saracoğlu Stadium and will visit Lisbon's Dragao Stadium for the return leg on May 3. The final will be held on May 15 in Amsterdam.

The draw for the Champions League also took place on Friday pitting Barcelona against Bayern Munich and Real Madrid against Borrusia Dortmund. Both German clubs will be hosting the first leg games.