Turkey faces-off against Estonia for chance at World Cup qualification 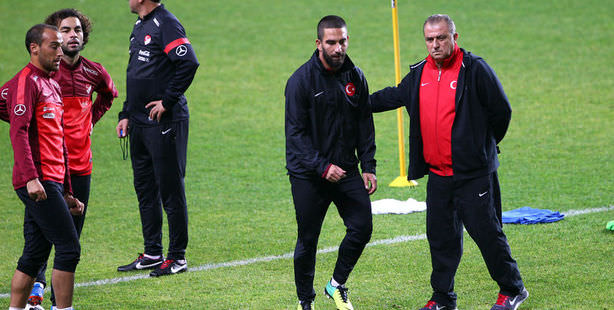 Turkey's National Football Team faces off against Estonia on Friday for the first of their final two matches in the Group Stage qualifying round of the 2014 FIFA World Cup in Brazil. Tonight's game kicks off at 21:30 and will be played in the A Le Coq Arena in the Estonia capital of Tallinn.

Turkey currently stands in third place with 13 points in Group D. Holland are the outright leader of the group at 22 points and is followed by Hungary in second with 14 points. Tied for points with Turkey, Romania follows in fourth based on averages while Estonia and Andorra take up the rear. For a chance to qualify, Turkey must secure the second spot in Group D, which means the team must not only win its remaining games against Estonia tonight and Holland on Tuesday, but Hungary must also suffer a loss in points against either Holland or Estonia. In this case, Turkey will still need to maintain a higher average over Romania should their equal-point rivals win their next two games against Andorra and Estonia.

During a meeting with his team, Coach Fatih Terim told his players, "At this point, we have nothing to lose. Therefore, do not be afraid of losing. However, we have a lot to gain. Be present on the field without even thinking about the game being played between Hungary and Holland."