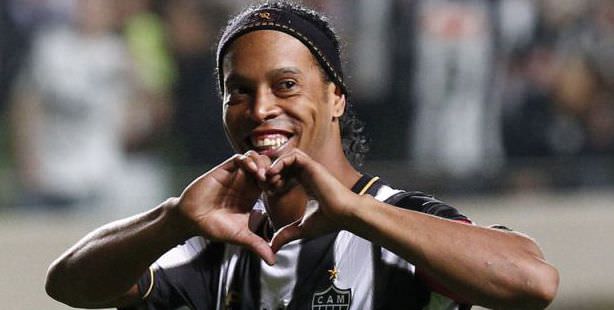 Turkish football club Besiktas is very close to declaring Brazilian ace, Ronaldinho as their own.

Besiktas, a major league Turkish soccer club, represented by a black and white eagle, hence whose supporters are referred to as "Kara Kartallar" (Black Eagles) is preparing to sign with international football star Ronaldinho.

Besiktas is ready to splurge a yearly wage of €5 million on Ronaldinho.
After Turkish giant Ulker's offer to sponsor Ronaldinho's transfer to Besiktas in exchange for the Brazilian legend's commercial rights, Besiktas has made an approach to secure the services of Ronaldinho, the best Brazilian footballer to come after Pele and Ronaldo.

Ronaldinho's brother and agent Assis also negotiated with Atletico Mineireo and Gremio, yet the highest bid came from Besiktas.

If Ronaldinho accepts the offer from Besiktas, he will sign a two year contract worth €15 million, including bonuses.

The Brazilian ace is expected to announce his final decision to the Black Eagles by the end of this week.
"I want to see Ronaldinho wearing the Besiktas uniform," said Besiktas president Fikret Orman.