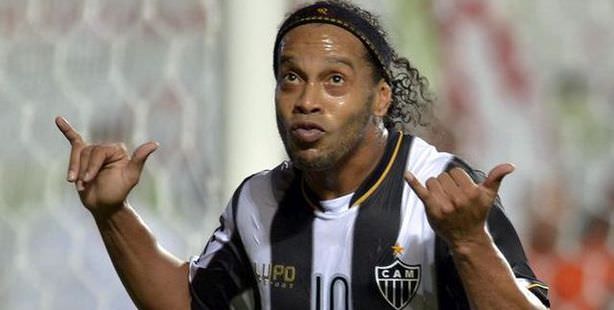 Alexandre Kalil confirmed Brazilian journalists' news and announced through Twitter that Ronaldinho renewed his contract with Atletico Mineiro: "The fans are annoying but the man loves them. He has signed a new contract!" The news was also announced on Atletico Mineiro's official website.

He blamed the club management for acting like amateurs as they did not follow the standard transfer process and invited Ronaldinho's brother Assis to Turkey. According to Ozcan, if you want to transfer one of the world's greatest footballers, you are required to act professionally and keep certain things hush hush and he gave the example of Mancini: "Nobody knew until he stepped off the plane." Ozcan further claimed that Assis has been working for months to increase Ronaldinho's price and that he used Besiktas to achieve his goal. "Ronaldinho was also wanted by English football clubs, but he told me that he did not want to play for England. Why would he come to Turkey? His aim was to increase his price and stay in Brazil", he said.

Muzzi Ozcan underlined that Besiktas management was responsible for letting its fans down as they chose to work with amateur managers. As a result, Ronaldinho will now earn €1.5 million more with the new contract he signed in August.