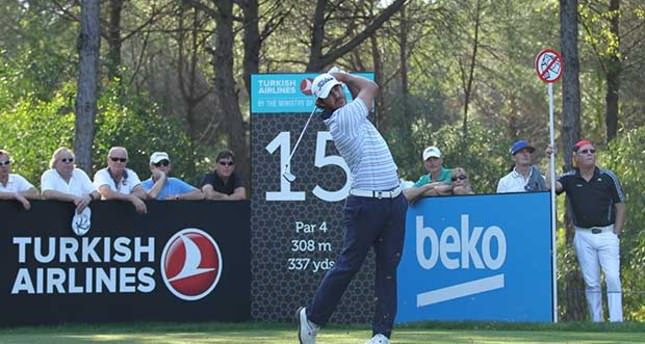 by reuters
Nov 17, 2014 12:00 am
Brooks Koepka looked as cool as a cucumber as he won a battle royal with Ian Poulter to claim the first regular tour victory of his career at the $7 million Turkish Airlines Open on Sunday. Koepka and the 38-year-old Poulter were locked together at the top of the leaderboard until the youngster struck a majestic approach at the 13th and calmly rolled in a 12-foot eagle putt to move two strokes clear. The Englishman, playing in the match behind, could only birdie the 13th and the destiny of the title eventually rested on developments at the 18th. Poulter found sand with his approach and missed a glorious opportunity to set up a sudden-death playoff when he failed to hole his birdie putt from five feet. Poulter finished on 272 after a 67, two ahead of Swede Henrik Stenson (64). Elsewhere,world number one Rory McIlroy was assured of capturing the 2014 Race to Dubai crown, rewarding the top European PGA Tour golfer of the year. The Northern Irishman was not playing this week in the season's penultimate tournament in Belek, Turkey, but made it past the post anyway when none of his nearest challengers - Sergio Garcia, Jamie Donaldson or Marcel Siem - were able to win. That meant that no player could overhaul British Open and PGA Championship winner McIroy in next week's season-ending finale in Dubai. It is the second time in three years that he has won the Race to Dubai title.