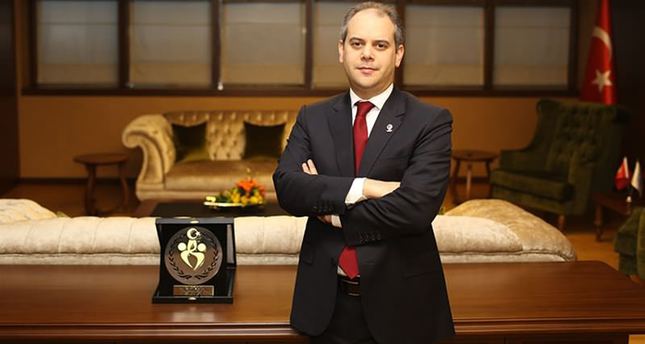 by daily sabah
Nov 19, 2014 12:00 am
Turkish Minister of Youth and Sports Çağatay Kılıç said that 1,993 sportsmen have undergone doping tests with 49 of them testing positive in 2014. Submitting his ministry's budget to Parliament's Planning and Budget Commission yesterday, Kılıç stressed that they embrace a zero tolerance policy for failed doping cases.

A total of 1,579 athletes were tested for banned drugs and 176 of them were detected using prohibited drugs in 2013; however, the number of doping sportsmen decreased in 2014. Meanwhile, the Ministry of Youth and Sports earned TL 38 billion ($17.09 billion) between 2003 and 2014 from Spor Toto organization. Approximately TL 7.34 billion of this revenue is allocated to taxes while TL 3.48 billion is allocated to corporation shares, TL 18.84 billion allocated to contributors as bonuses and TL 1.92 billion was paid to sports clubs as royalties. The revenue of Spor Toto is currently around TL 7.76 billion for 2014, with 13,000 national athletes having been insured with private health insurance against any accidents that might happen to them. By the end of 2014, 2,600 more athletes are planned to be insured. While 451,550 received scholarships and education loans from the ministry in 2002, in 2014, the number of students reached 1.24 million.

Currently, 967 projects are being carried out: 65 swimming pools, 303 football fields, 202 youth centers, 238 sports halls, 28 athletics tracks, 29 stadiums which are carried out with TOKİ and related municipalities and 102 other sports facilities. Between 2003 and 2013, the ministry supported 7,745 sports clubs, financially providing TL 93.3 million to these organizations while so far in 2014 TL 17.1 million has been paid to 539 sports clubs. Besides augmenting the number of sportsmen, the ministry opened courses to educate trainers where in 2002 there were 18,674 trainers, a number which has now reached 176,305 in 2014.