Turkey aims to make 48B euros investment in winter sports 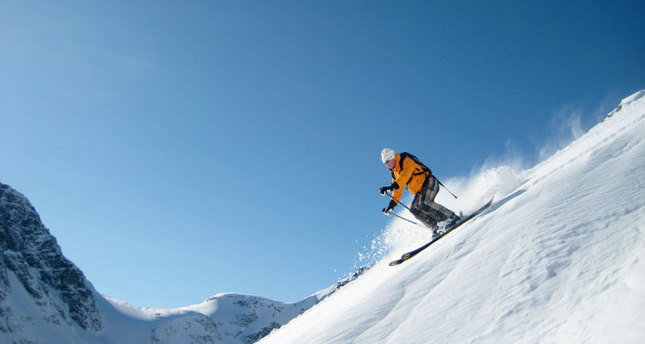 The TFK have made ambitious plans to help the growth of winter sports in Turkey as they look to create world class infrastructure while getting operations up to a point where the country could successfully host a Winter Olympics.

Yarar said that they have been working to hold international organizations in Turkey since they took over the administration, adding that the FIS Snowboard World Cup will be held in Istanbul, Turkey for the first time on Dec. 19-20. In order to create awareness for skiing, the federation will host a parallel competition of the Snowboard European Cup. On Feb. 7-8, 2015 in Kayseri. Moreover, on Dec. 13, the Turkey Alpine Skiing First League will take place in Erzurum and will be broadcasted live on Turkish television for the first time in history.

The project, An Economic Development Model: Skiing, has two main bases, according to Yarar. The new project will collaborate with clubs in order to train new sportsmen and focus on new investments concerning skiing. Yarar said that Turkey will become one of the leading winter sports centers thanks to the 48 billion euro investment that will be made over the next 12 years. Yarar suggested that Turkey will be one of the few countries around the world that can organize the Winter Olympics in 12 years and they aim to win the bid for the 2026 Winter Olympics in Turkey.

"Ski tourism is the only sport that contributes to regional development," Yarar said, adding that the investments that will be made in these regions will return their investment in seven years. He continued, "For example, the biggest source of income of Austria is winter tourism and skiing. Austria's population is 8.4 million, their gross national product (GNP) İS 309.3 billion euro and skiing contributes 44.1 billion euros to the country's budget."

In Turkey, there are more than 3,000 mountains, however only 10 of them are used for winter sports. "The mountains in Turkey are very suitable for skiing," Yarar claimed. There are 166 mountains over 2,000 meters high, 137 mountains over 3,000 meters and four mountains over 4,000 meters. "We cannot make use of our potential" he added. He further noted that Turkey's skiing budget, nearly 2.5 million euros, is the smallest compared to other western European countries.