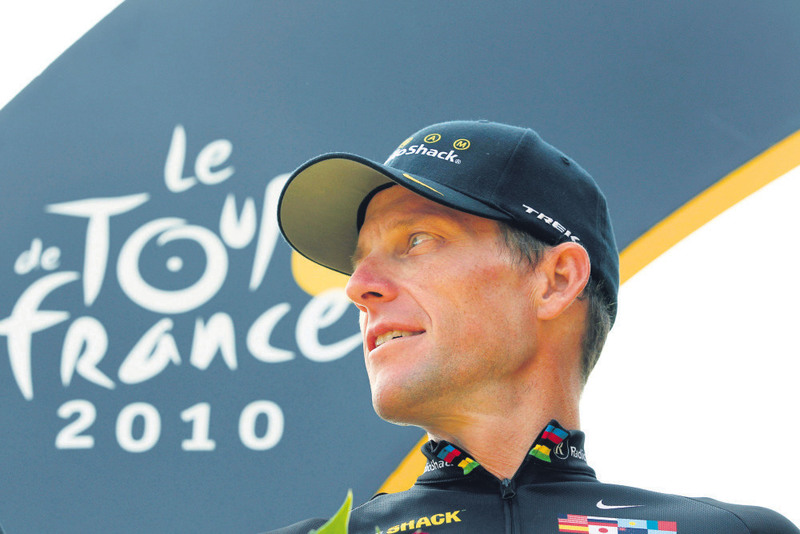 by Associated Press
Mar 09, 2015 12:00 am
Cycling officials let doping flourish and broke their own rules so Lance Armstrong could cheat his way to becoming the superstar the sport badly needed, according to a scathing report into its drug culture. The ınternational Cycling Union was severely criticized for failing to act during the doping era dominated by Armstrong, but the 227-page report the governing body released yesterday found no evidence that he paid to cover up alleged positive tests. The report was commissioned by the new UCI leadership to investigate doping that shredded cycling's credibility and led to Armstrong being stripped of his seven Tour de France titles in 2012. While the year-long probe turned up no major revelations, and found no proof that a payment Armstrong made to the UCI was to cover up a positive test, it suggested doping is still rife in top-level road cycling. Still, the UCI hopes publishing the report can help turn the page on the doping era and instill confidence that cycling is serious about stamping out cheating. The UCI's lack of will to curb Armstrong and other riders in an era "infested" with use of the blood-boosting hormone EPO is made clear in the Cycling Independent Reform Commission (CIRC) report. "Going after the cheaters was perceived as a witch-hunt that would be detrimental to the image of cycling," the three-man investigation panel concluded. Former UCI presidents Hein Verbruggen and Pat McQuaid are described respectively as "autocratic" and "weak" leaders who undermined anti-doping efforts. The report said both onetime IOC members defended and protected Armstrong "and took decisions because they were favorable to him."
Last Update: Mar 09, 2015 11:43 pm