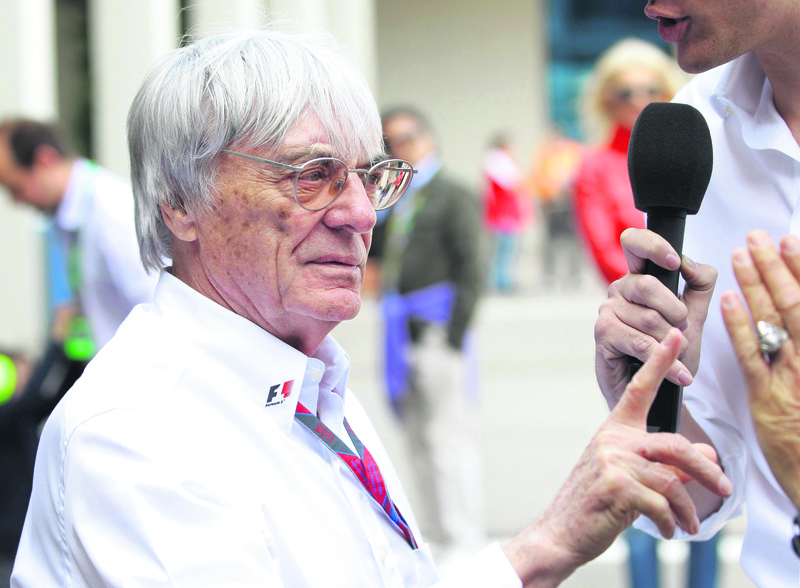 Bernie Ecclestone, the chief executive of the Formula One Group, confirmed that Qatar has not yet signed a contract to host an F1 Grand Prix race but "it is looking up"

Qatar gears up to enter the Grand Prix circuit in attempt to boost sporting legacy ahead of the 2022 World Cup. "We are looking at all possibilities there. Qatar is not signed but they are ready to go.... It is looking up. Qatar want to do something if they can," Bernie Ecclestone, the chief executive of the Formula One Group was quoted as saying by Forbes while in Doha for the season-opener of motorcycling's MotoGP championship at Qatar's Losail circuit. The F1 boss added that he did not think that three races in the Middle East would be too many.

Ecclestone, revealed in December that Qatar would be in position to host a future F1 Grand Prix if Bahrain gave it the go-ahead. He said a handshake agreement was made 10 years ago that any future races in the Middle East would first have to get approval from Bahrain, who hosted the first race in the region back in 2004. Abu Dhabi hosted its first race in 2009, but only after it received permission to do so from Bahrain, according to Ecclestone.

In February, Nasser bin Khalifa Al Attiyah, the president of the country's motor sport federation, said a race would be held in 2016 or 2017.

"We are about to sign contracts to organize a Formula One race," Al Attiyah, who is also the vice-president of the International Automobile Federation (FIA), told AFP. "We have completed all the steps and there are only a few details before the official signature."

Al Attiyah added that Qatar would offer the choice of two circuits at which to hold the race, either in Lusail, or a street course through the capital Doha.

The comments come just weeks after Qatar's chances of hosting a Formula One race appeared to be fading after Bahrain's F1 CEO said he wasn't in favour of the Middle East having another race.

Qatar already has a round of the MotoGP world championship at the Losail circuit near Doha and has an impressive list of sporting events in the pipeline. The Gulf state will host the 2019 world athletics championships and the FIFA World Cup in 2022 and is seen as a potential bidder for the 2024 Summer Olympics. Sources told Forbes the deal would likely cost Qatar around $70 million a year to host the race, less than the $80 million reportedly negotiated by Abu Dhabi. With contracts usually lasting 10 years, the bill would cost the Gulf state around $700 million to seal the deal.
Last Update: Apr 03, 2015 2:22 am
RELATED TOPICS