Woods confident of being a contender again in majors 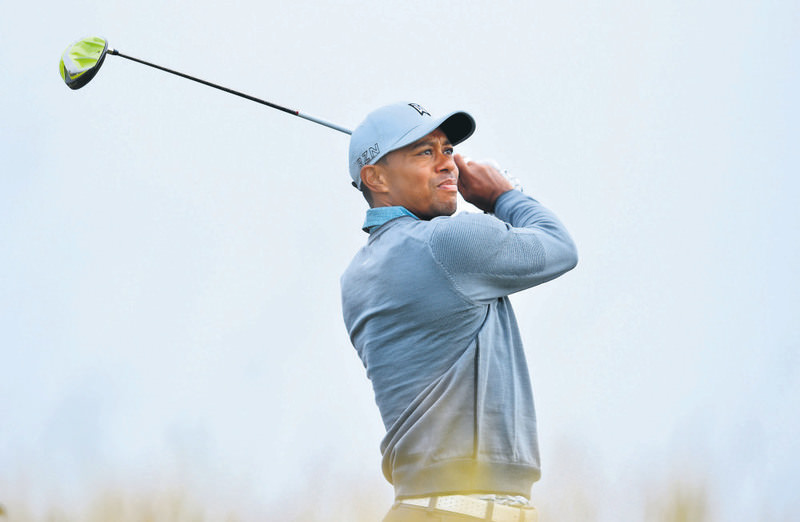 Write Tiger Woods off at your peril. That's the message the former world number one and 14-time major winner has for the doubters ahead of the Open Championship at St Andrews.

Woods may have plunged to 241 in the world rankings and is still struggling after back surgery, but the 39-year-old American has arrived in Scotland with the belief he can still win major championships.

Woods is chasing Jack Nicklaus's record 18 major championship titles, but it is now seven years since won his last at the U.S. Open in 2008.

What better place for a comeback though than the "home of golf," where Woods won two of his three Open titles?

"I'm still young. I'm not 40 yet. I know some of you guys think I'm buried and done, but I'm still right here in front of you," he told reporters yesterday.

Woods won in scintillating style at the Old Course in 2000 and 2005 and has been preparing meticulously for the challenge this week.

Although he missed the cut at the U.S. Open and recently scored the worse round of his professional career, he has arrived in Scotland on the back of a good performance at the Greenbrier Classic earlier this month.

The confidence also comes from the fact he feels he has fully recovered from his back problems and has completed the adjustment to a new swing.

"I feel like my body is finally healed up from the surgery from last year," he said.

"You know, they say it takes you about four-to-six months to get back, but I've heard a lot of guys on Tour who have had the surgery and other athletes say it takes over a year to get back. I think they were there probably closer to being right, it being a full year to get back."It would have been one thing if I would have gone through the procedure and then had the same golf swing, but I've changed the golf swing, too, on top of that, and so that was kind of a double dipper there where I had to fight both at the same time."

The recent form decline of Woods has been accompanied by the emergence of Rory McIlroy and Jordan Spieth, one and two respectively in the world rankings.

After tearing an ankle ligament, McIlroy is unable to defend his title won at Hoylake last year, while Spieth is aiming for a third successive major title after his victories at the Masters and the U.S. Open.

"Obviously he's in great form," Woods said of 21-year-old fellow American Spieth. "It's just a matter of going out there and executing his game plan. I mean, that's what he talks about a lot is formulating a game plan and executing it, and this is a golf course in which you have to do that."

With rain forecast and the winds blowing on the east coast unpredictable, Woods feels experience could be as important as form when the Open begins on Thursday.

"You know, the first thing I ever heard about St Andrews is that all you do is hit it as hard as you can and aim left. That's basically not how you play the golf course," he said.

"You need to have the right angles. Over the years of learning how to play the golf course under all different type of wind conditions, it changes greatly, and it's based on angles. "You have to put the ball

on certain sides of the fairways in order to get the ball close. To me that type of thinking and the strategy that goes into that is something I've always loved."
Last Update: Jul 14, 2015 9:51 pm
RELATED TOPICS