Disgraced Armstrong back on the Tour de France 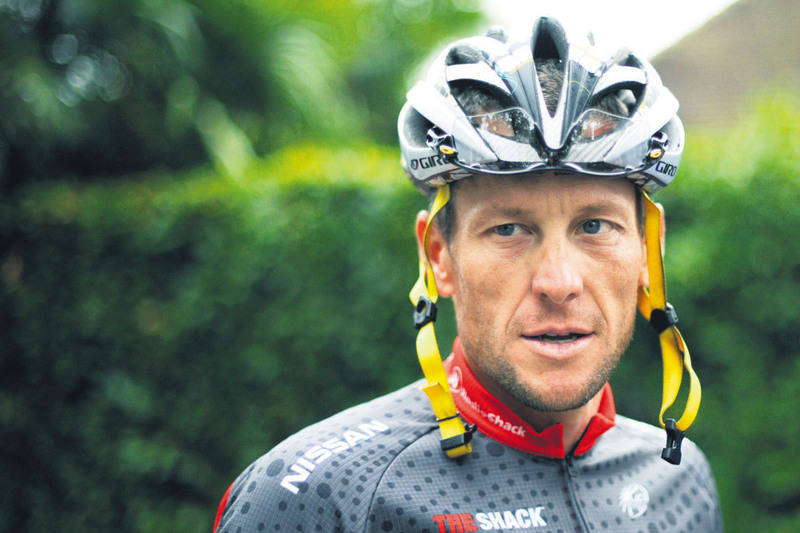 by Jul 15, 2015 12:00 am
Disgraced American cyclist Lance Armstrong will be back on the Tour de France roads for a controversial charity ride today, his first appearance since being stripped of his seven titles. He will cycle two stages of the Tour for a leukemia charity - from Muret to Rodez on Thursday and from Rodez to Mende on Friday - a day ahead of the competing riders. The charity, the brainchild of former England football international Geoff Thomas who beat leukemia, aims to raise "around 1 million pounds" mainly via sponsorship garnered by the 10 other amateur cyclists riding the route. As of Tuesday, around 840,000 euros had already been raised, a member of the association told AFP.The participation of Armstrong, who admitted in a stunning TV interview in 2013 that he had doped his way through the Tour de France throughout his career, has already sparked controversy.

The president of cycling's governing body, the UCI, has warned that Armstrong "may not get quite the welcome he would like" in France. "There are a lot of people already out on the course the day before the Tour and I am not so sure they would be delighted to see Lance Armstrong, so maybe he needs to bear that in mind," Brian Cookson told AFP in Sochi, Russia, in April. The UCI president renewed his call for Armstrong to give up the planned ride. "It is undesirable, I think it is disrespectful. I think there are plenty of ways of raising money for charity that Lance could do."Armstrong himself dismissed any concerns about a return to the Tour de France - at least in an unofficial capacity. "People think I have this bitter relationship with the country, with its people. I like going there. I love France," he told a small group of journalists, including AFP, last month. He also batted off Cookson's comments. "I don't know Brian Cookson. I've never met him, never really had a conversation with him, don't even know what his vision is for the sport," Armstrong said. "But I do know that me and Geoff (Thomas) riding in France for this cause is the least of his problems." Cycling has struggled to shake off suspicions of doping since Armstrong's sudden revelations that rocked the sport in 2013.