Tiger Woods of the future trained in Antalya 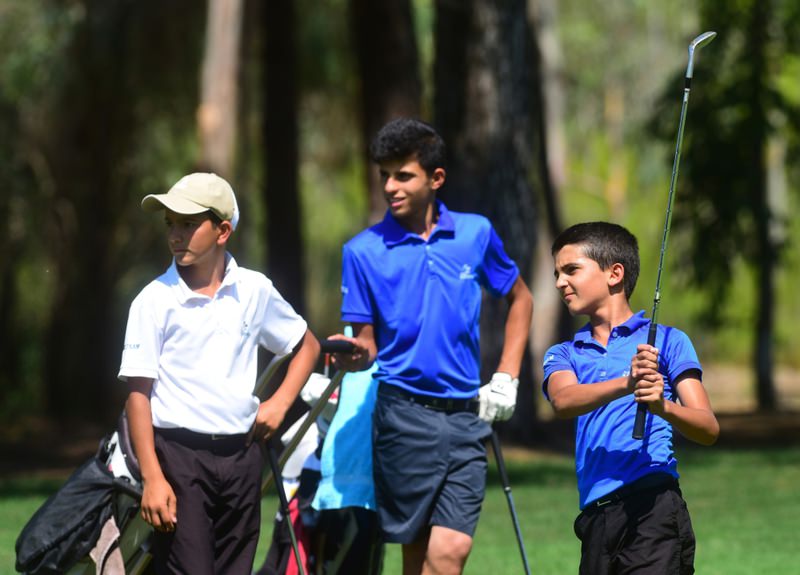 Talented orphans from an orphanage in Antalya are being introduced to the ultimate rich man's status sport, golf. Coming from a position of disadvantage, the ambitious children, who have won various competitions across Turkey, are looking to go abroad and emulate their hero, Tiger Woods

Children that live in an orphanage in Antalya are being given golf lessons as they look to hone their skills in the classic gentleman's sport. Training sessions, which began nine years ago at the National Golf Club located at the Belek Tourism Center in Serik, have started to yield fruit. The golf course was built by two businessmen Fikret Öztürk and Bülent Göktuna with the purpose of raising successful golfers and keeping young people off the streets and out of bad habits.

The children are trained by Hakan Yamaç. The golf coach was brought up in a poor family but picked up golf at the age of eight when he visited his father at the hotel where he worked as a chef.

Having begun golf by carrying a sports bag for a Spanish sportsman, Yamaç proved his talents in many sports competition at home and abroad. He improved himself and now he trains the younger generations at the club today.

Yamaç told AA that 42 sportspeople, four of whom are from an orphanage, are trained at the club. Saying that students are trained on certain days on weekdays and on weekends, Yamaç stated that the children are not required to pay a fee and their other needs are covered by the club.

Emphasizing that students are also given English and general culture lessons besides golf training, Yamaç said, "We aim to raise not only successful sportspeople but young people who will be beneficial to their country, nation and society as well." He noted that they visit schools at certain periods to observe the talented children aged between seven and 10 who will eventually compose their golf team.

Stressing that 13 of his players currently play for the national team, Yamaç pointed out that "We have successful sportspeople. We have won significant medals in Turkish championships. Our aim is to have a voice in international golf tournaments. We are training the Tiger Woods of the future." The aim of the students, many of whom didn't know about golf until they were introduced to the sport at the club, is to be a famous golfer, like Tiger Woods, in the future.
Last Update: Jul 22, 2015 1:23 am
RELATED TOPICS