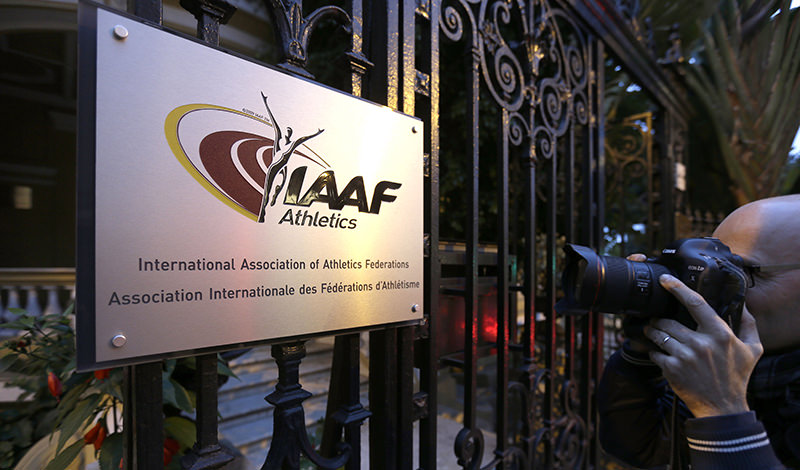 In this Nov.13, 2015 file photo, a photographer pictures the logo at the IAAF (International Amateur Athletic Federation) headquarters in Monaco (AP Photo)
by Compiled from Wire Services Dec 04, 2015 12:00 am
Track and field's governing body has opened up an accelerated bidding process for the world race walking team championships and the world junior championships next year because of Russia's suspension from the sport over doping, while it was announced that the country will no longer host major events in the cities of Cheboksary and Kazan.

The walking event was initially to be held in Cheboksary in May, followed by the junior worlds in Kazan in July. But following the World Anti-Doping Agency commission's report of state-sponsored doping in track and field, Russia has been suspended and can no longer serve as host.

IAAF member federations must submit a letter of interest signed by the federation and authorities of the proposed host city by Monday.

The IAAF says the host cities will be announced on Jan. 7 following an electronic vote by the IAAF council.

The Institute of National Doping Organisations (INADO) said Russia's track and field athletes should be banned from competing at the 2016 Rio de Janeiro Olympics in order to send a strong signal against doping.
Last Update: Dec 04, 2015 10:58 am
RELATED TOPICS