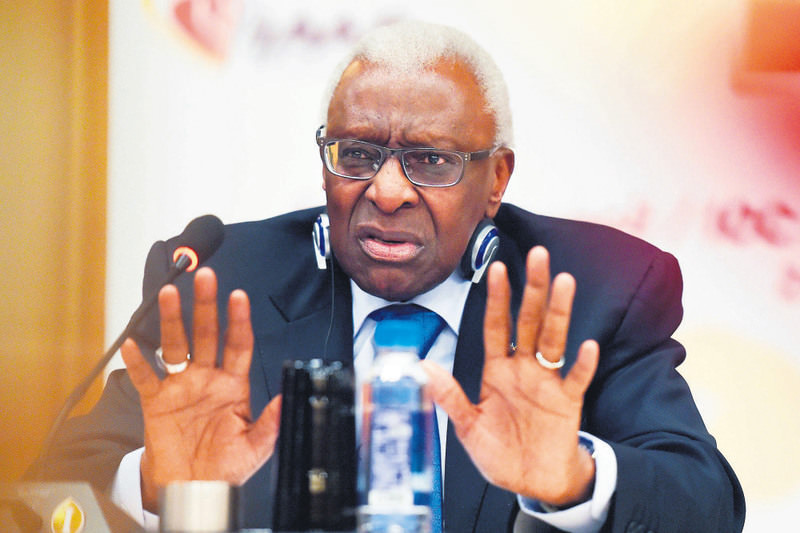 by Compiled from Wire Services Dec 23, 2015 12:00 am
The International Association of Athletics Federations (IAAF) was again forced to defend its actions over Russian doping on Monday after a leaked email showed how officials planned a damage-limitation strategy before the 2013 Moscow world championships. The email suggesting a "special dossier" on Russian drugs cheats was from IAAF deputy general secretary Nick Davies to Papa Massata Diack, the son of former president Lamine Diack, who then worked for the sport's governing body as a marketing consultant. Both Diacks are under investigation over corruption offences, while Russian athletes are currently banned from the sport following revelations of widespread, state-sponsored doping.

The report also criticised the governing body for its "laissez-faire" attitude to the problem. Though the extent of Russian doping is now out in the open, the IAAF were seemingly fighting to keep a lid on it two years ago. Extracts from the "very secret" email published by French newspaper Le Monde, but not verified by Reuters, said: "I need to be able to sit down with the anti-doping department and understand exactly what Russian 'skeletons' we have still in the cupboard regarding doping. "I think that the time to have unveiled the various athletes was a long time ago and that now we need to be smart. "We can prepare a special dossier on IAAF testing which will show that one of the reasons why these Russian athletes come up positive is that they get tested a lot."

The email, which was sent in July 2013, a month before the Moscow world championships, also suggested that CSM, the sports marketing firm chaired by IAAF president Sebastian Coe (then a vice-president) could be used as part of an "unofficial PR campaign" to fend off negative stories in the British media. Davies, who now works as Coe's chief of staff, issued a statement on Monday denying any wrong-doing.

"My email to Papa Massata Diack was brain storming around media handling strategies to deal with the serious challenges we were facing around the image of the event" he said. Last week Le Monde published allegations that Lamine Diack had sought money from Russia to be used to fund a political campaign in his native Senegal. French magistrates have filed new, tougher corruption charges against Lamine Diack in connection with cover-ups of Russian doping. Diack had previously been accused of "passive corruption," on suspicion he took around 1 million euros ($1.1 million) to cover up positive drug tests by Russian athletes, according to AP. An official with the Paris financial prosecutor's office said yesterday that Diack is now accused of "active corruption," which generally involves offering money or other promises in exchange for violating a rule.
Last Update: Dec 23, 2015 1:22 am
RELATED TOPICS