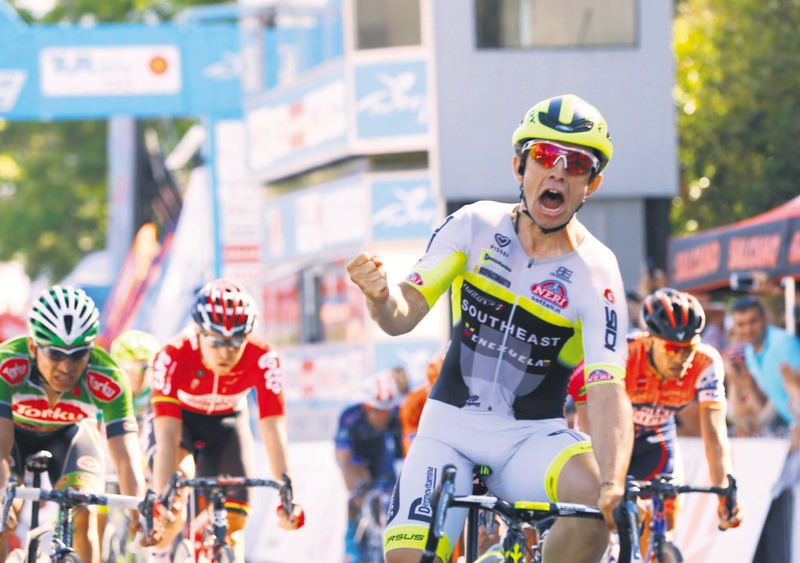 The eighth and final stage of the tour, in which a total of 128 cyclists from 16 teams competed, ended in İzmir's Selçuk district, with Portugal's Gonçalves coming first in general classification followed by Spain's Arroyo and Kazakhstan's Stalnov

Polish-born Italian sprinter Jakup Mareczko of the Giro d'Italito team came first the seventh stage of the race. The eighth and final stage of the tour which is 203.2-kilometer (126-mile) long, started in Marmaris and ended in western Izmir province's Selçuk district Sunday. 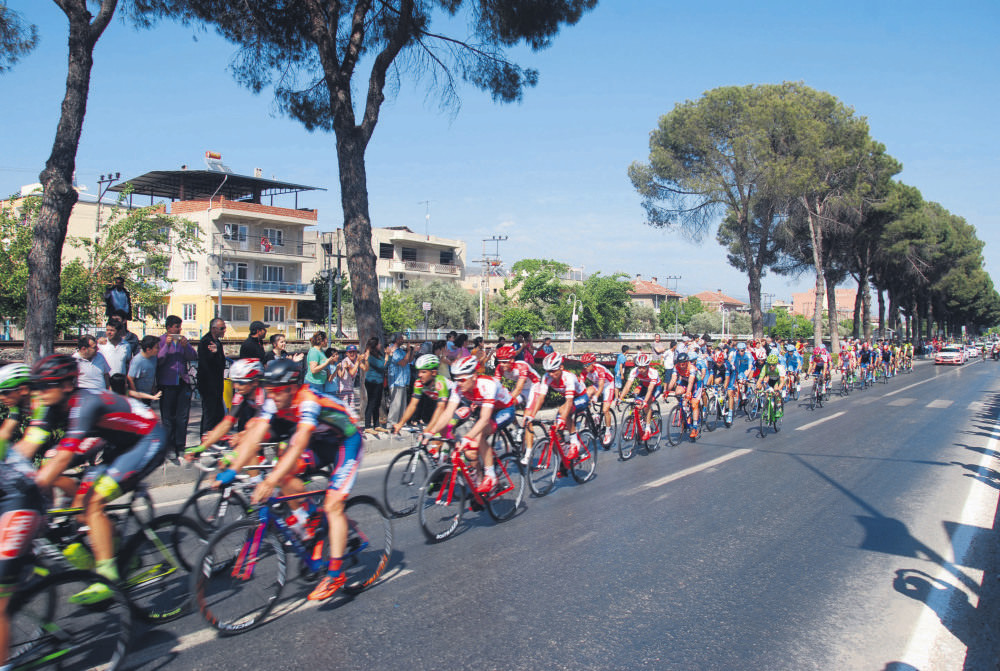 Jakub Mareczko claimed his first stage victory in the Presidential Tour of Turkey during the seventh lap. It came just one week before going to start his first Grand Tour, the Giro d'Italia, at the age of 22 [he celebrated his birthday on the penultimate stage of the Tour of Turkey]. Another Italian Sacha Modolo who represented Italian team the Giro d'Italia, took the runner-up spot, while Argentine Francisco Chamorro came in third in the final stage of the tour. Modolo previously won the seventh stage of the 52nd Presidential Cycling Tour of Turkey Saturday. He completed the stage as leader in three hours, 15 minutes and 15 seconds. A total of 128 cyclists from 16 teams competed on the eight-stage tour, covering some 1,266 kilometers (786.6 miles). The contest, which began on April 24, was organized by the Turkish Cycling Federation.

Unique intercontinental cycling tour of the world witnessed high-level competition of world-renowned athletes and teams this year. Just as since 2008 up to now, Presidential Turkish Cycling Tour reached a wide access network throughout the world by means of live and recorded broadcasts through national and international prestigious channels, mainly Eurosport, in more than 120 countries in this year as well. The aim in the tour, included in category 2 HC of World Cycling Federation is to be promoted to PRO category as of next year. Unlike previous years, tour route started from İstanbul and was completed in Selçuk in İzmir.

Organized traditionally by Turkish Cycling Federation, Presidential Cycling Tour of Turkey started in 1963 as 'Marmara Tour.' It gained an international status for the first time in 1965 and was taken under the auspices of Presidential authority in 1966.

In 1964, "2nd Marmara Tour" was limited to national participation just as it was in the first year. It acquired a international identity as "1st International Marmara Tour" in 1965 and it was accepted to be the starting date of Presidential Cycling Tour of Turkey thanks to this feature, which changed its name in the following years.

The Tour was renamed anymore as "2nd International Presidential Marmara Cycling Tour." in 1966.

In 1971, some news appeared in the newspapers of that term about "4th 'Presidential Cycling Tour of Turkey" Whereas, it was the ninth year of the tour when Marmara Tour is considered as the starting point of the tour, or it was the seventh year when 1965, which is the year in which international participation took place for the first time is considered.

One year later, this time the name of the Tour was included as "8th 'Presidential Cycling Tour of Turkey " in the same newspapers and this ranking has been followed in recent years.
RELATED TOPICS