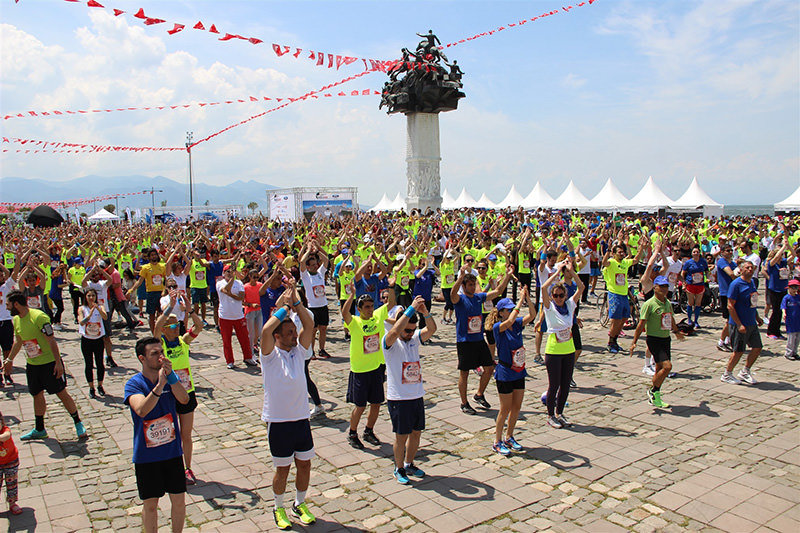 Runners from Turkey and around the world met in the western province of Izmir on Sunday to take part in Turkey's stage of "Wings for Life World Run", held to raise funding for research in spinal damage treatment.

The event was held in 34 different locations across 33 countries, and with over 8,000 participants, the event in Izmir was the second largest following the one in Austria's capital Vienna. More than 130,000 participants throught the world signed up to run in the global race.

Organized by Izmir Metropolitan Municipality, the run started at 2:00 p.m. in the city central Gündoğdu Square. Runners, joined by Mayor Aziz Kocaoğlu, will pass from Bayraklı, Karşıyaka and Çiğli districts to reach the finish line set up in coastal town of Foça.

With signing up more than 362 athletes, Izmir's basketball team Pınar Karşıyaka was the sixth largest team signing up for the global event.

Several roads and main arteries in Izmir city center and leading to Foça will be closed between 1:00 p.m. to 5:00 p.m.