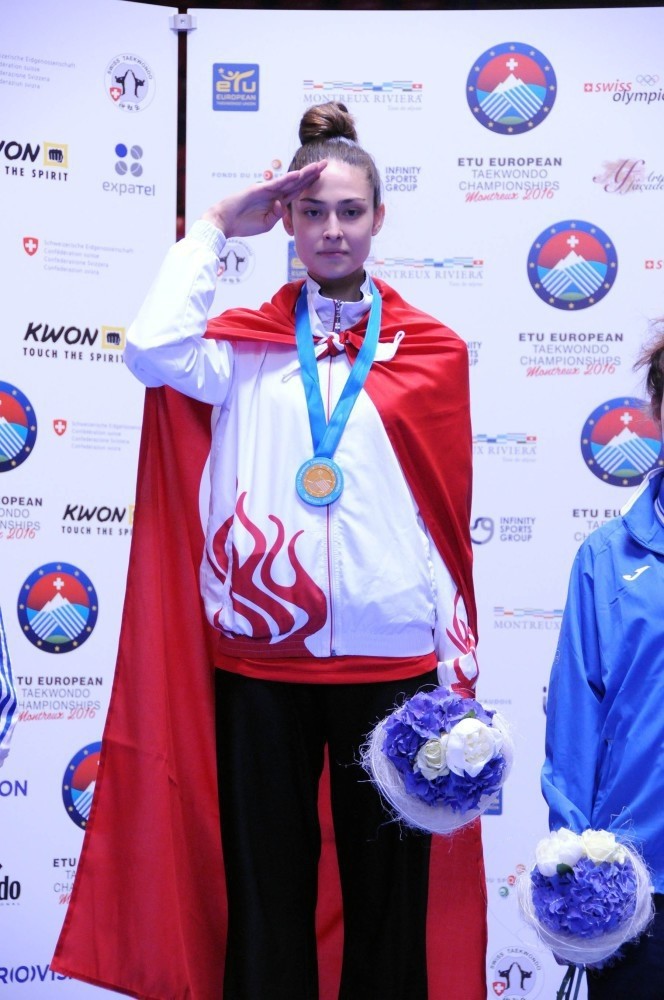 u0130rem Yaman won gold medal.
by Daily Sabah May 24, 2016 12:00 am
The curtain at the 22th European Championship in Montreux, Switzerland came down Sunday, seeing Bianca Walkden, Iva Rados and Arman-Marshall Silla maintain their leads in their categories, while the U.K. conquered all, winning first place in the medals table. This was the last notable event before the Rio Olympics, where European taekwondo will be represented by 42 athletes in order to maintain or increase the medal conquest rates (reaching nearly 51 percent in London) for the "old world."

The Turkish national team got two gold, three silver and two bronze medals in total and came second as a team. Russia finished third in the tournament. Turkish referee Asuman Akdemir was chosen the best female referee in the tournament. In the championship, Servet Tazegül in the men's 68 kg and İrem Yaman in the women's 62 kg category won gold medals each.

Turkish athletes Nur Tatar in the 67 kg category and Nafia Kuş in the 73 kg category got silver medals. Yunus Sarı in the men's 80 kg category won the silver medal, too. Rukiye Yıldırım in the 46 kg and Zeliha Ağrıs in the 53 kg earned bronze medals in the women's category.
RELATED TOPICS