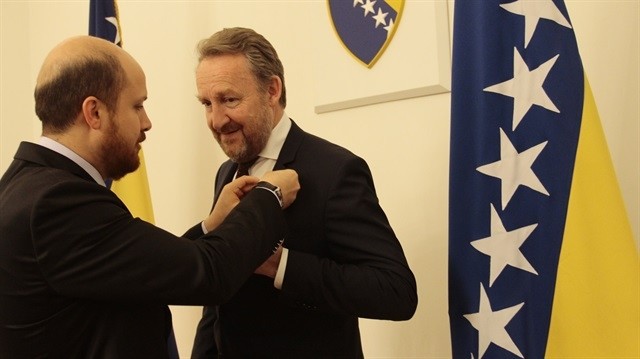 The closed meeting was held at the presidency office in Bosnian capital Sarajevo where Erdoğan and his crew arrived to attend a publicity meeting for the upcoming International Fetih Archery Championship.

During the meeting, Erdoğan gifted a badge of Archery Foundation to Izetbegovic and a painting featuring a traditional arc.