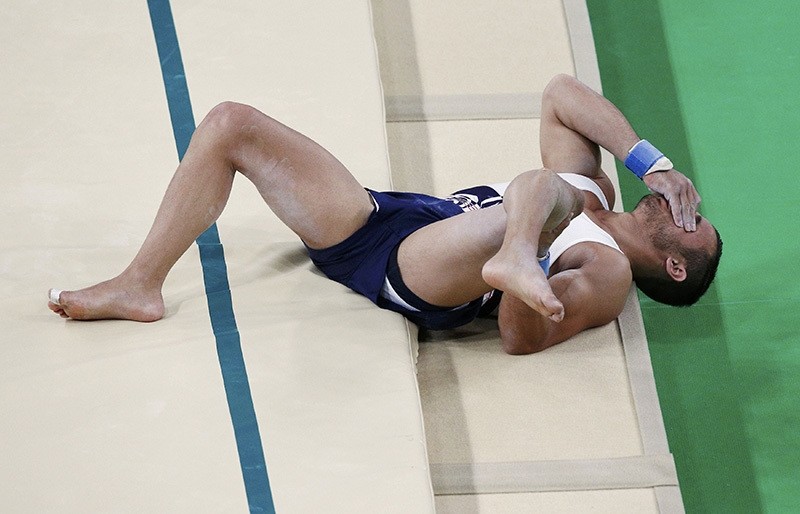 The 26-year-old's snapped the lower part of his left leg after landing badly while competing in the vault in the Rio Olympic Arena.

He fell to the mat in agony clutching the back of his knee and the lower part of his leg, which visibly flopped to one side to gasps of horror from the crowd.

Ait Said was treated by medical staff for several minutes before being stretchered off to the applause of the crowd.

Germany's Andreas Toba continued on the pommel horse after injuring his knee on floor exercise.

Toba, 25, did not finish his floor routine and was helped off, but continued.