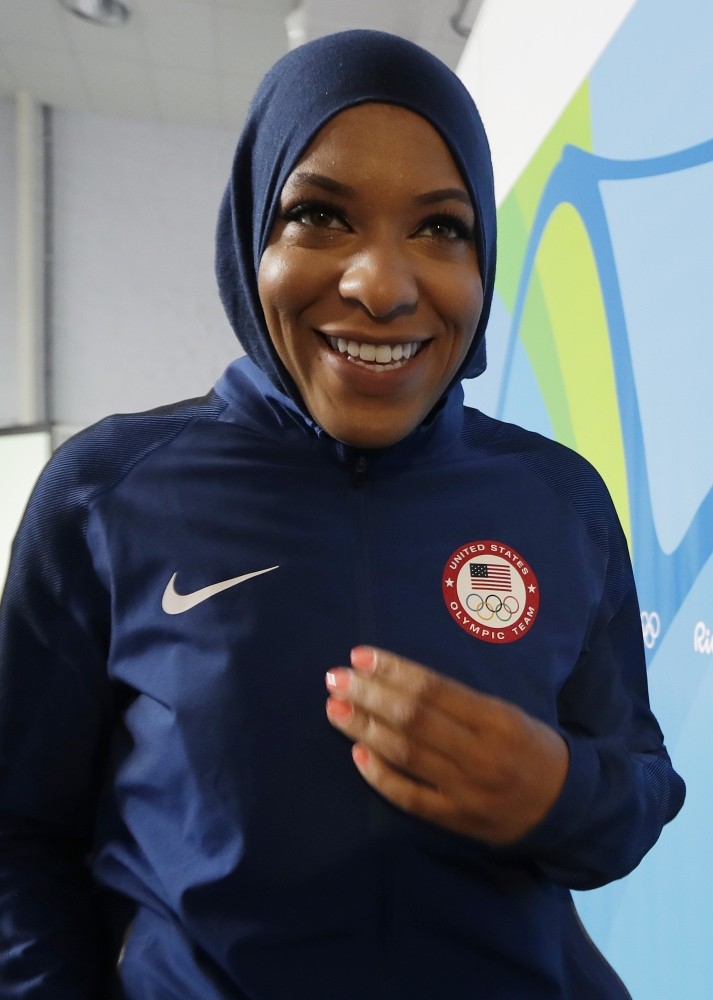 by Associated Press Aug 08, 2016 12:00 am
Ibtihaj Muhammad is set to make history today when she becomes the first U.S. athlete to compete - in the women's individual and team sabre fencing events - wearing a hijab.

Among her most prominent fans are President Barack Obama and First Lady Michelle Obama, both of whom have cited the young woman as a symbol of America's variety of cultures and religions. For the 30-year-old Muhammad, this is only her first attempt at Olympic glory after her disappointment from four years ago when a hand injury prevented her from competing in London. She gets plenty of questions about the hijab, she conceded in remarks to the New York Times.

The hijab, worn beneath her fencing mask is not a hindrance in her sport, she insists. "I get asked about it a lot," she said. "People ask Muslim women about it - not just athletes - all the time. Like, aren't you hot? On a hot day, you'd still wear a shirt and pants. I would not leave the house without it." Muhammad is currently ranked 8th in the world by the international fencing association FIE, so she is considered a potential favourite for one of the individual event's three medals.
Last Update: Aug 08, 2016 1:09 am
RELATED TOPICS