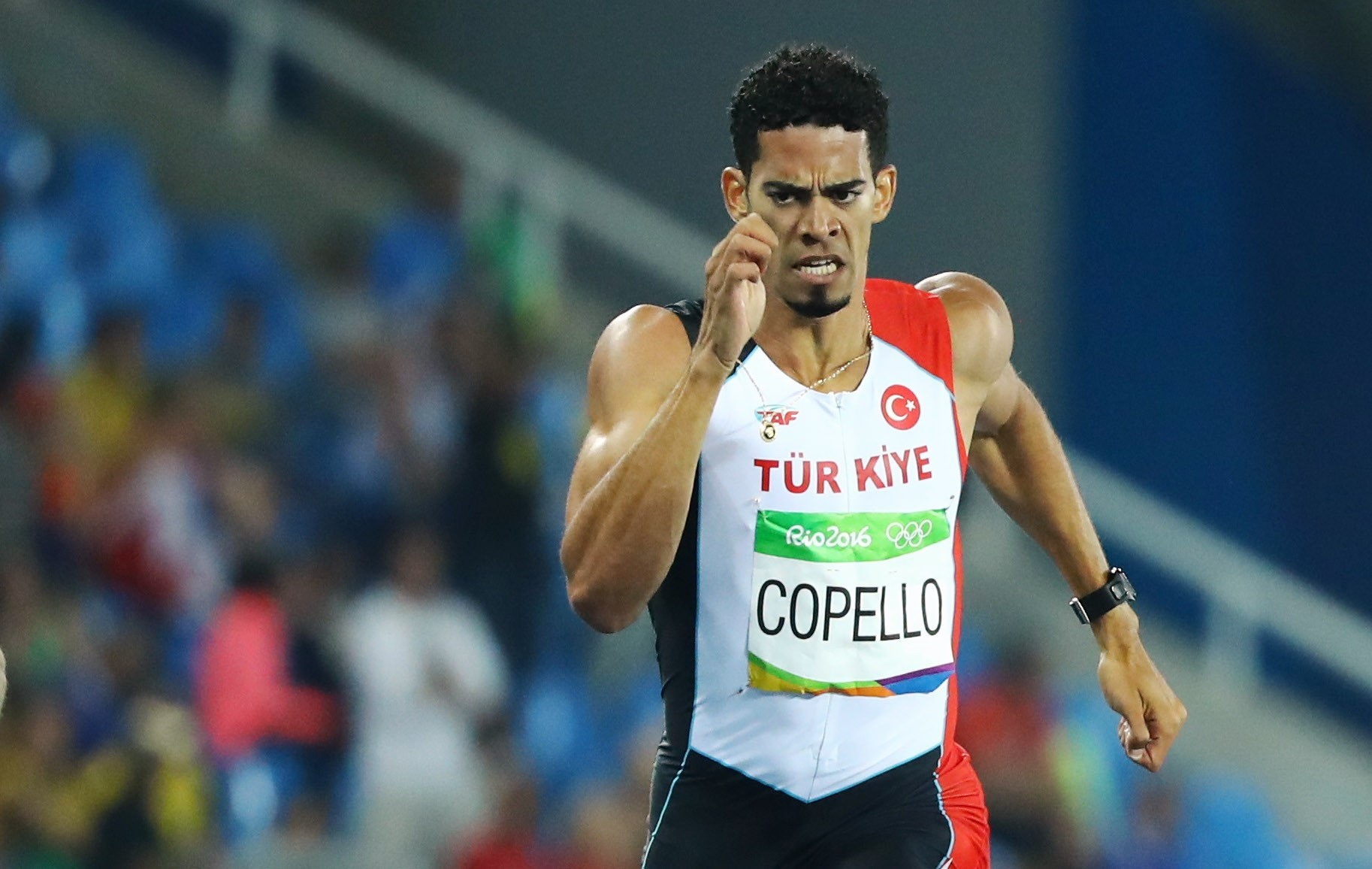 Azeri-born Turkish athlete Ramil Guliyev qualified for the 200m final in Rio Olympics. He finished fourth in 20.09 in the second round of semi-finals and achieved his best performance this season. Guliyev is the first Turkish athlete ever to qualify for the 200m final. Usain Bolt also comfortably won his semi-final, but there was no place for American rival Justin Gatlin as he failed to qualify. Gatlin, who has served two doping bans, tied up late in his semi-final, blaming a stiff ankle as he finished third in 20.13sec to miss out on one of the eight final berths. It was a different story for Bolt, however, who clocked a season's best of 19.78sec in the next step on his quest for an unprecedented sprint "triple triple."

Bolt added that he felt his own world record of 19.19sec, set when winning the 2009 world title in Berlin, could be under threat. He won a third successive 100m title on Sunday to set up his bid to repeat his haul of three gold medals in the 100, 200 and 4x100m relay at both the Beijing and London Olympics in 2008 and 2012 respectively.

As for the other highlights at the Rio Olympics:

Ellen Hoog shook off a miss in the shootout and came back to score the game-winner as the Netherlands defeated Germany on Wednesday in the Olympic women's field hockey semifinals. The Netherlands will play Britain in the final on Friday. The Dutch will try to become the first women's team to win three consecutive gold medals.

German women beat Brazil for Olympic beach volleyball gold *Darya Klishina's one-woman show at the Olympics is over. The only Russian allowed to participate in track and field at the Rio de Janeiro Games finished ninth in the long jump, leaving her country without an Olympic medal in the sport for the first time since it started competing independently in 1996 following the collapse of the Soviet Union.

The United States and Spain finally lived up to expectations, posting blowout wins on Wednesday to reach the semi-finals of the Olympic men's basketball tournament as France and Argentina lost much more than a game.

While the United States and Spain have struggled to reach their full potential at times on the Rio hardwood, Australia and Serbia have delivered much more than expected in also reaching the last four.

South Korea claimed the first taekwondo gold medal of the Rio de Janeiro Olympics, restoring some pride to the country that invented the sport.

For the third straight Olympics, China will take home every gold medal in table tennis. The Chinese men's team beat Japan 3-1, cementing the nation's status as the world leader in the sport.

Maybe Neymar and his teammates can make the Olympics a success for Brazil after all. Brazil's celebrated men's soccer team rolled to a 6-0 win over Honduras in the semifinals Wednesday to earn a spot in the gold medal match. Empty seats have been prevalent across Rio, but not at the Maracana Stadium, where they packed in to watch Neymar and Co. They didn't have to wait long, with Neymar scoring 15 seconds into the game. It was the fastest goal in men's Olympic history, and Brazil led 3-0 going into half time to cruise into the final.