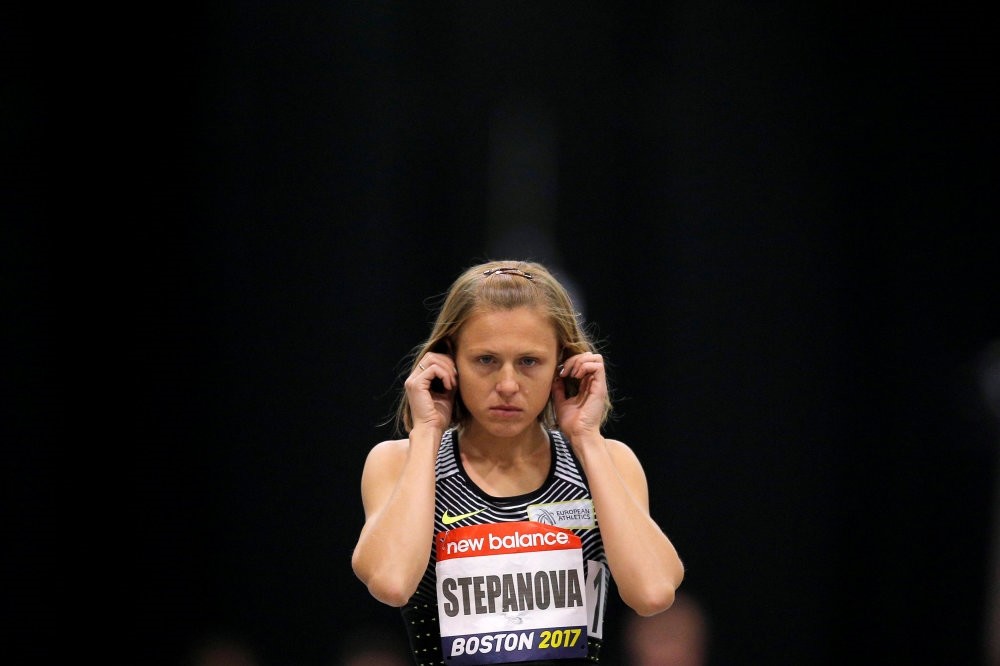 Russian whistleblower and runner Yulia Stepanova takes the track to compete as a neutral athlete in the 800 meter race at the Boston Indoor Grand Prix, last month.
by Feb 08, 2017 12:00 am
Russia will miss August's World Athletics Championships in London after their doping ban was extended on Monday, world governing body president Sebastien Coe said. Coe said Russia, whose 15-month ban from athletics was prolonged at the IAAF's Council meeting in Cap d'Ail near Monaco, could not be reintegrated into the sport before November. Double Olympic 1500-meter champion Coe was speaking after the IAAF Council approved the Taskforce's recommendation that Russia was "not ready for reinstatement."

Russia has been barred from international competition since November 2015 following a damaging report alleging that state-sponsored doping was rife in the country. The ban had already been extended in March and then June 2016, preventing Russia's athletes from competing at the Rio Olympics. The Taskforce, which was set up to oversees Russia's reintegration into international athletics, produced recommendations detailing a road map to reinstatement.

Coe meanwhile reiterated the IAAF's commitment to giving clean Russian athletes the possibility to compete as neutrals, providing they are not tainted by the Russian doping system.

"Our priority is to return clean athletes to competition but we must all have confidence in the process," said Coe at the IAAF's Council meeting in Cap d'Ail, France.

So far in 2017, 35 Russian athletes have applied to compete as neutral athletes in international competition, the statement added. Last week, RusAF revealed the names of 31 of its athletes to have made applications, including both world and Olympic champions.

More than 60 Russian athletes have been added to the IAAF's international testing pool which, although not guaranteeing those athletes reinstatement, Coe said it does mean the world governing body has a greater "guarantee they have undergone a long term recognized, independent and fully WADA Code-compliant drug-testing program."

Upon the Taskforce's recommendation, the Council also approved the participation of Russian under-15 athletes to compete in international competition, including at July's European Youth Olympic Festival in Hungary.
RELATED TOPICS