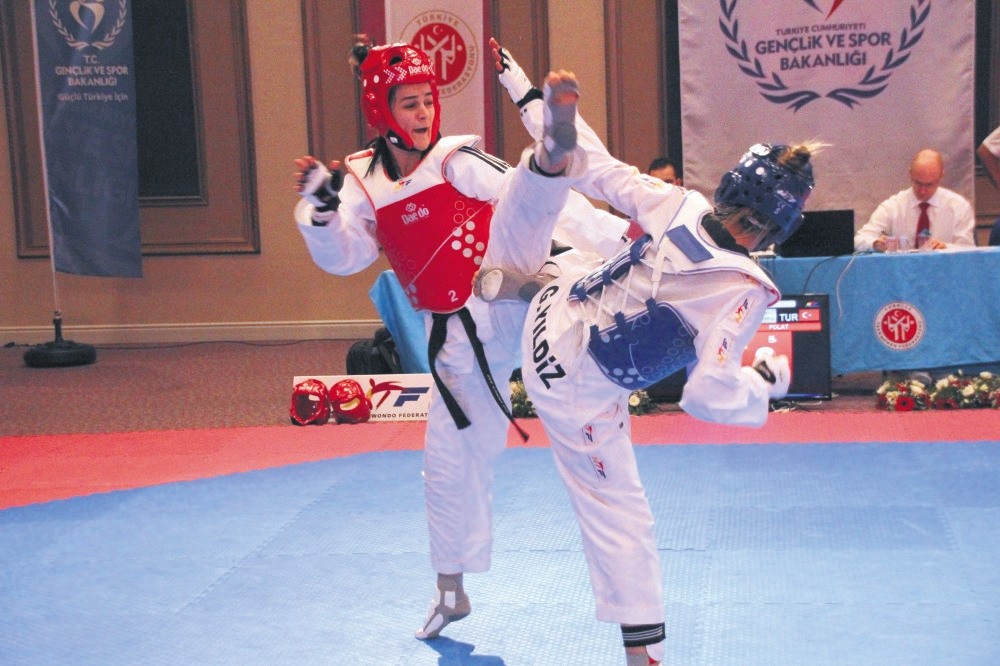 by Daily Sabah Feb 11, 2017 12:00 am
Turkish athletes have left their mark on the recently concluded 5th European Clubs Taekwondo Championships held in Turkey's Mediterranean province of Antalya between Feb. 6-9. Some 801 athletes and 110 clubs from 28 European countries competed in the tournament, which was hosted by the Turkey Taekwondo Federation. Local athletes clinched a total of 151 medals in the championship, including 33 gold, 34 silver and 84 bronze medals. In the female taekwondo category, the Istanbul Büyükşehir Belediyesi claimed the European title. They were followed by Gilan TK of Azerbaijan and Osvit of Croatia.

Turkey Taekwondo Federation Chairman Prof. Dr. Metin Şahin commented on the success, "We have brought so many medals for Turkey and had a really good start to 2017. Turkish athletes always succeed in finding a place on the podium. They give us hope for the future."
RELATED TOPICS