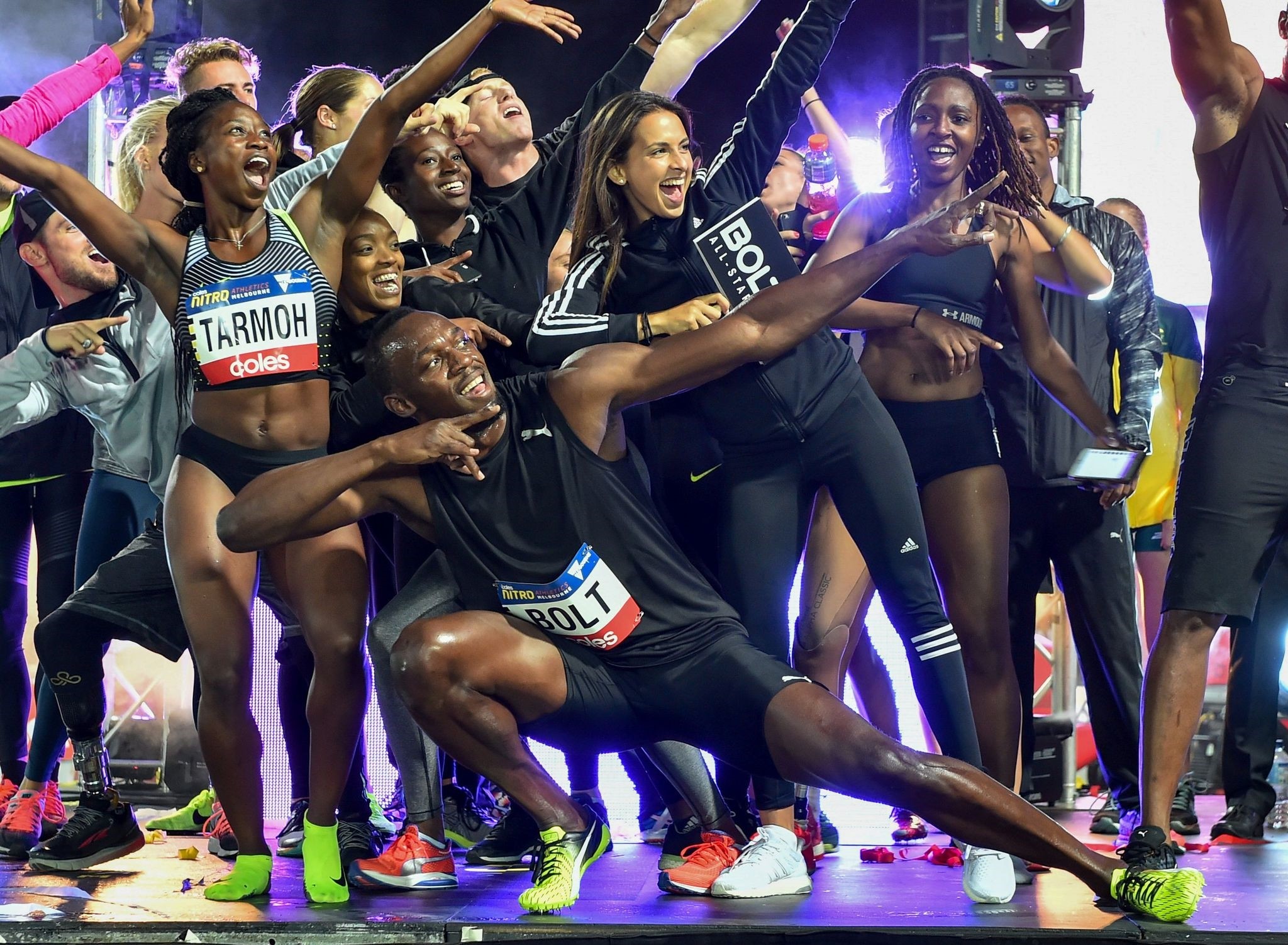 Usain Bolt and his All Stars completed a clean sweep of the inaugural Nitro Athletics series on Saturday, with Bolt winning the 150-meter race in his only solo appearance of the three-night meet.

With Asafa Powell and Bolt — the former and current 100-meter world record holders — running the opening two legs of the deciding 4x100-meter mixed relay, the All Stars ensured they made up a 38-point deficit on Australia to finish first overall in the team event that also included England, Japan, New Zealand and China.

The Nitro meet featured mixed relays, sprints over non-traditional distances and elimination mile races where the last-placed runner at the end of each lap was eliminated.

On Friday, IAAF president Sebastian Coe said he was a big fan of the Nitro concept.

"I saw engagement, I saw fun and laughter and that's what the sport has been missing for a long time," Coe said. "It was a terrific start. It's an obvious thing to say but unless we innovate we're going to become less and less relevant and we can't afford to do that."

Nitro was developed by former Australian 400-meter runner John Steffensen and Athletics Australia, while Bolt is also a key figure and holds an equity stake in the concept.

The event — with Bolt headlining — is likely to return to Australia in 2018.