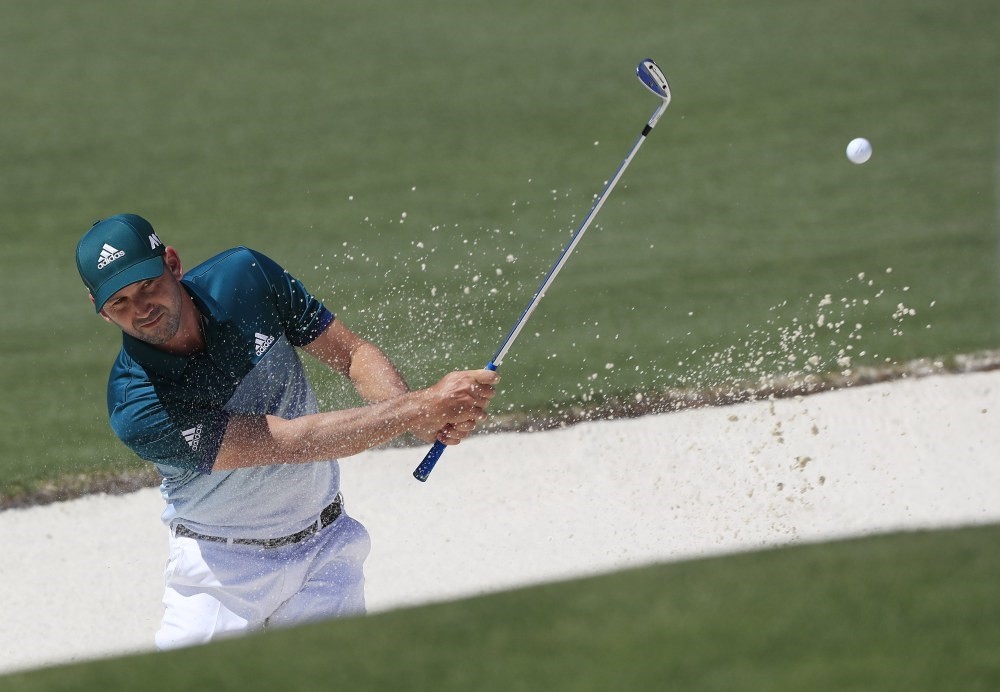 "Whew, it has been such a long time coming," Garcia said. "I felt a calmness I never felt on a major Sunday."

The 37-year-old Spaniard achieved the greatest triumph of his career on what would have been the 60th birthday of his idol, two-time Masters champion and three-time British Open winner Seve Ballesteros, who died of brain cancer in 2011 at age 54.

"It's amazing," Garcia said. "To do it on his 60th birthday, it's something amazing."

Last-group playing partners and friends Garcia and Rose were level for the lead at the start of what become a tension-packed thrill ride of a final round.

"It was a great battle with Sergio all day," Rose said. "If I had to lose to anybody, it would be to Sergio. He deserves it as much as anyone out here. He has had his fair share of heartbreak. I played well. He made a great comeback."

Only three players had more major starts without a victory than Garcia before he donned the green jacket symbolic of Masters supremacy.

Garcia led by three strokes after five holes, fell two behind after 11, then roared back to force the playoff and sank a 15-foot birdie putt to claim victory.

South African Charl Schwartzel, the 2011 Masters winner, was third on 282 with Matt Kuchar, who aced the par-3 16th, and Masters newcomer Thomas Pieters of Belgium in fourth on 283. England's Paul Casey was another shot back with Kevin Chappell and second-ranked Rory McIlroy sharing seventh on 285.