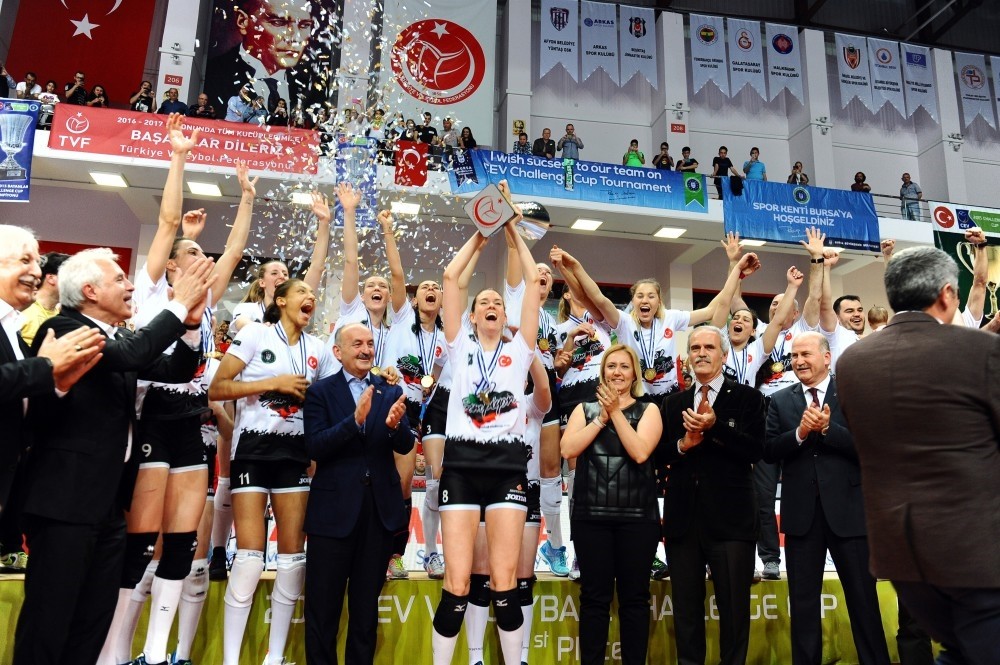 After losing the first matchup with Olympiacos in a tiebreaker last Wednesday, the Turkish team used the home-court advantage to rally to a comprehensive 3-0 victory (25-15, 25-16, 25-23) and celebrate their second title in the competition - as they had also stood on top of the podium in 2015.

In the match, Bursa BBSK were off to a flying start, easily taking the first set (25-15), after breaking away following the second technical time-out. They continued their display of fine form in the second set as well (25-16) before the third one was a lot closer and more dramatic. But, with the support of some 4,000 home fans behind them, the hosts finished it all off at 25-23, to celebrate their second continental crown in three years.

They did so in style, with a "crocodile walk" around the hall, something that the players of Bursa BBSK have become known for among the fans and followers of Volleyball in Turkey.

Minister of Labor and Social Security Mehmet Müezzinoğlu, the President of the Bursa Metropolitan Municipality Mayor Recep Altepe, Turkish Volleyball Federation President Mehmet Akif Üstündağ and CEV Vice President Banu Can Schürmann, presented the medals and the trophy to the winners and runners-up of the competition.
Last Update: Apr 17, 2017 1:46 am
RELATED TOPICS