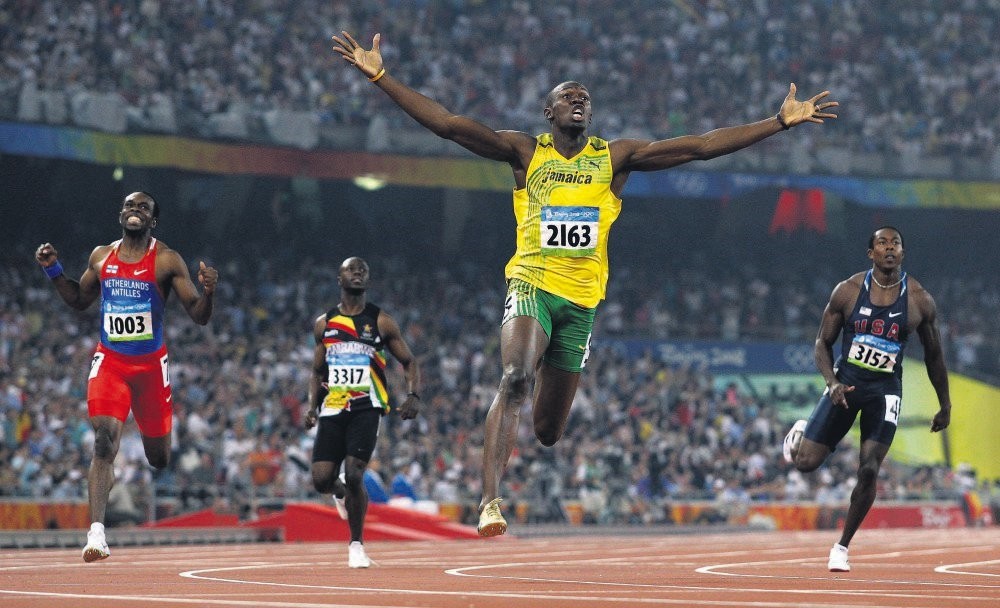 Jamaicau2019s Usain Bolt crosses the finish line to win the gold in the menu2019s 200-meter final at the Beijing 2008 Olympics in Beijing.
by May 03, 2017 12:00 am
European Athletics called on Monday for new record ratification rules to maintain the integrity of the sport which could have a big impact on existing marks. The organisation wants higher technical standards and increased doping control measures, with recognition for previous race records not satisfying new rules to be transferred to performances that meet the criteria.

European Athletics will forward a report to the International Association of Athletics Federations (IAAF) which will study it at its Council meeting in August.

The report proposes that world and European records should only be recognised if the performance is achieved at an approved event where high standards of officiating and technical equipment can be guaranteed.

It also calls for an agreed number of doping control tests in the months before the performance and the doping sample after the record to be stored and made available for re-testing for 10 years.

"I like this because it underlines that we (athletics governing bodies) have put into place doping control systems and technology that are more robust and safer than 15 or even 10 years ago," IAAF President Sebastian Coe said.

"There will be athletes, current record holders, who will feel that the history we are recalibrating will take something away from them but I think this is a step in the right direction and if organised and structured properly we have a good chance of winning back credibility in this area."

However, Britian's Paula Radcliffe, who faces losing her 2003 women's marathon world record under the new criteria, called the proposals "cowardly".

"I am hurt and do feel this damages my reputation and dignity," she said in a statement on twitter, adding that the governing bodies had "again failed clean athletes."

Radcliffe added that the proposed changes were "heavy handed" and "confusing to the public".