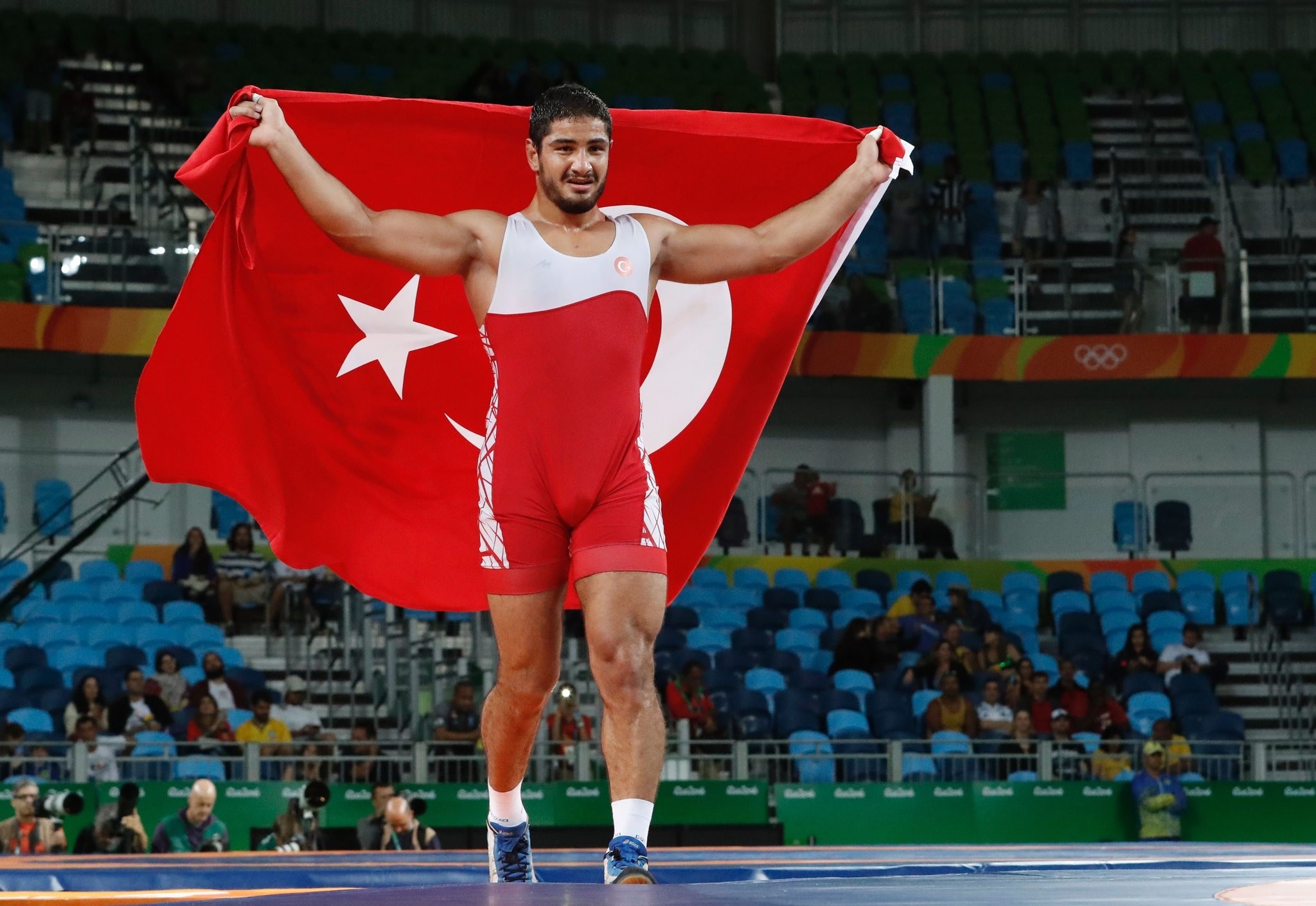 Akgül took an early lead in the first 1,5 minutes, scoring consecutive takedowns against his Azerbaijani competitor Jamaladdin Magomedov to make it 6-0 in the 125 kilograms freestyle final at the Spens Sport Hall.

The bronze medals in the competition went to Petriashvili and Armenian Levan Berianidze.

Akgül, who won the only gold medal for Turkey at the 2016 Rio Olympics, defeated Ukrainian Danylo Kartavyi 9-2 in his first match and Georgian Geno Petriashvili 14-4 in the quarterfinals.

In the semifinals, the Turkish wrestler beat Hungarian Daniel Ligeti with a score of 5-0.