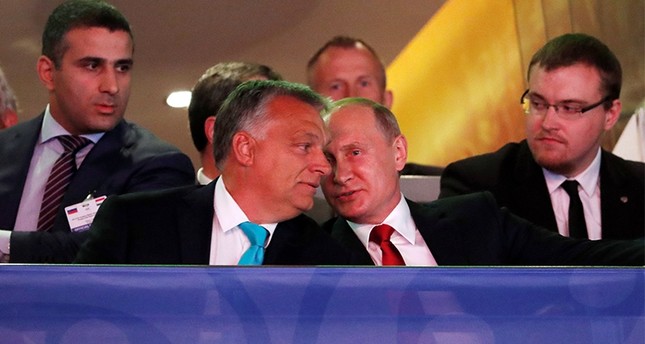 Russian President Vladimir Putin promised Hungarian Prime Minister Viktor Orban that he would teach him judo, while he was attending the World Judo Championships being held in Budapest.

Putin, who made an official trip to Hungary in February, sat in a VIP box at the Laszlo Papp Budapest Sports Arena with Hungarian Prime Minister Viktor Orban and other officials.

Discussions between the two leaders were expected to center on energy issues, such as Russia's construction of new reactors for Hungary's Soviet-built nuclear power plant and Hungarian imports of natural gas from Russia.

The Hungarian leader told Putin that judo books published in the country make reference to him.

"I am trying to learn [judo]," Orban said, to which Putin responded by saying that he will teach him the theory.

Putin, an avid judo fan, attended the World Judo Championships in Budapest, as the honorary president of the International Judo Federation.

Share on Facebook Share on Twitter
Previous in Sports After months of waiting, the FIBA EuroBasket 2017, the second European... Next in Sports Paraguay has joined forces with Argentina and Uruguay in a joint bid...
DAILY SABAH RECOMMENDS