From Asia to Europe: 39th Istanbul Marathon to be held on November 12 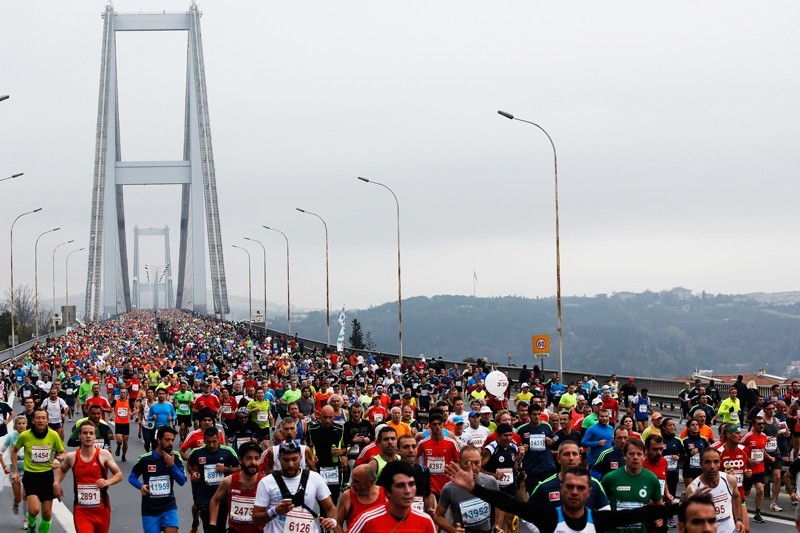 The 39th Vodafone Istanbul Marathon, which is the only marathon run over two continents, will be held on Sunday, Nov. 12 this year.

Thousands of amateur and professional runners from all over the world will run from Asia to Europe by passing over Istanbul's Bosporus Bridge.

Experts advise to have a medical checkup for those who will attend the cross-continental marathon for the first time.

"86 foreign elite athletes and about 25,000 runners will attend the competition. Apart from that, around 100,000 people will join the public run," said İsmail Özbayraktar, the Head of Istanbul's Sports Department.

According to the statement the last stage of the marathon will be in Sultanahmet Square.

86 foreign elite athletes who will compete with each other to come first in the 42-kilometer marathon are from countries such as Kenya, Ethiopia and Namibia, which are known to be the world's strongest countries in terms of marathon running, and from some European countries such as Ukraine, Belarus and Lithuania, which have deep marathon traditions. Besides foreign athletes, 10 Turkish elite athletes will participate in the contest. The Vodafone 39th Istanbul Marathon is expected to break an attendance and racetrack record.

The Vodafone Istanbul Marathon, which has been held uninterruptedly since 1979 and is known as the first race to be run between continents, will be held in four different categories: The marathon (42,195 kilometers), 15-kilometer race, 10-kilometer race and public race. Thirty-thousand athletes with bib numbers are expected to participate in the marathon, which was deemed worthy of the Golden Category in 2012 by the International Association of Athletics Federations (IAAF) and is considered as one of the best 11 marathons in Europe and 22 in the world. The number of runners with bib numbers who have participated in the marathon has increased fourfold since 2011 under the sponsorship of Vodafone.