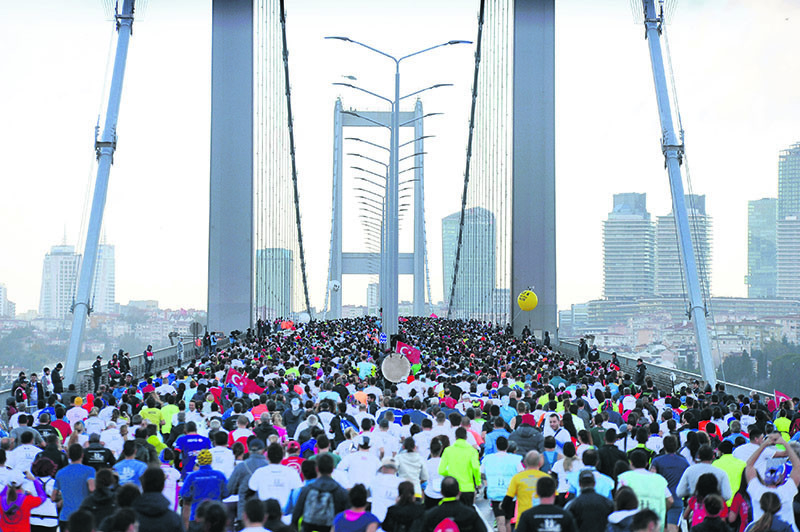 The only marathon run over two continents will be held for children this year with the motto, ‘We are running for the future of our children.' A total of 73 elite athletes, 24 from Turkey, will participate

Thousands of runners will throng Istanbul on Sunday to run the 39th Istanbul Marathon, the world's only cross-continental race. The slogan this year is: We are running for the future of our children.

Some 73 elite athletes, including 24 from Turkey, will participate in the IAAF Gold Label Road Race. Sponsored by Vodafone for the sixth time, the event is expected to break the attendance and racetrack records.

In the men's category, Paul Lonyangata of Kenya, who clocked his best at 2:06:10 in April this year, will be the favorite. He will be closely followed by Kenya's Jacob Kendagor and Ezekiel Kemboi Omullo and Ethiopian athlete Bazu Worku. 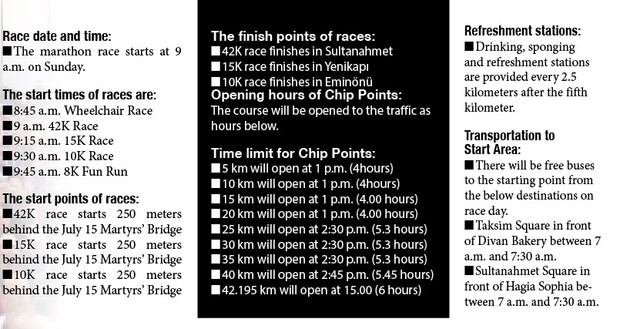 Six times in the Golden League and 10 times in the Diamond League in the 3,000-meter steeplechase champion and 2004 Athens Olympics bronze medalist, Paul Koech of Kenya will also participate in the Istanbul Marathon, only second in his career. The 1981-born athlete completed the Rotterdam Marathon in 2:12:02 in April, and now aims to grab a podium place in Istanbul.

In the women's category, current champion Kenya's Agnes Jeruto Barsosio, who came second in this year's Paris Marathon, is the clear favorite. She clocked her personal best of 2:20:59 at the event. 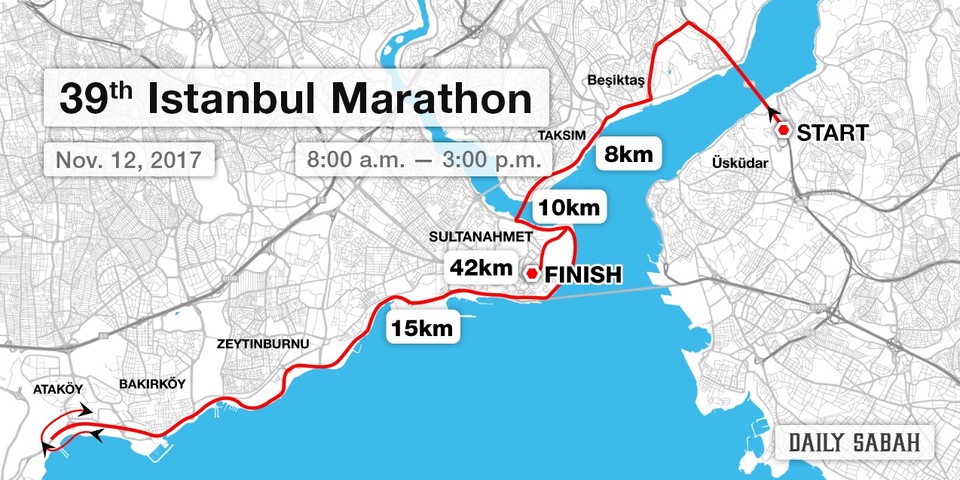 Drivers are advised to use alternative roads during the marathon since July 15 Martrys' (Bosporus) Bridge will be closed to traffic as of 4:00 a.m., Eurasia Tunnel as of 6:00 a.m. whereas remaining roads by latest at 8:00 a.m.

Since the bridge will be closed to traffic, Metrobus services between Zincirlikuyu station on the European side and Söğütlüçeşme station on the Asian side will also be suspended until 1:00 p.m.

July 15 Martrys' Bridge and the section of O-1 highway between Zincirlikuyu and Uzunçayır intersections, Barbaros, Dolmabahçe, Meclis-i Mebusan and Kemeraltı avenues in Beşiktaş and Beyoğlu districts and Galata Bridge over the Golden Horn will be re-opened for traffic as of 1:00 p.m.

Eurasia Tunnel and Kennedy Avenue on the coastline of the sea of Marmara will remain closed until 3.00 p.m.