All eyes on Froome at epic Tour de France 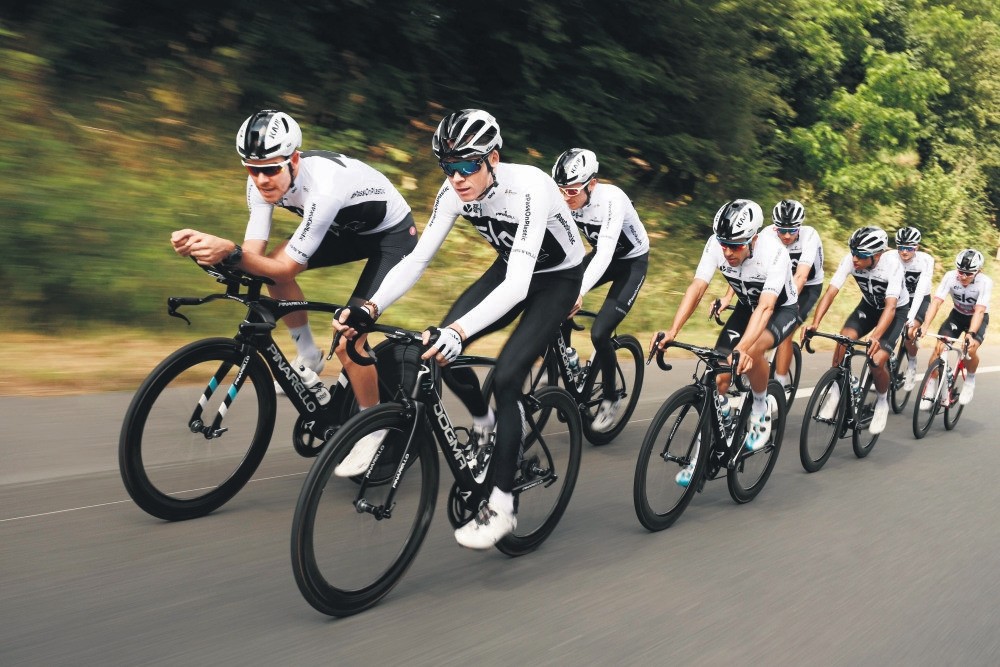 Britain's Christopher Froome (Front C), his Team Sky cycling teammates ride during a training session on July 6 near Saint-Mars la Reorthe, France, on the eve of the start of the 105th edition of the Tour de France cycling race.
by French Press Agency - AFP
Jul 07, 2018 12:00 am

A relieved Chris Froome embarks on the long-awaited Tour de France on Saturday but an army of detractors, an array of talented rivals and a course that doesn't suit him, stand in the way of a record-equaling fifth title. Organizers lifted a ban on Froome taking part in the race on Monday after he was finally cleared by cycling's world governing body of doping suspicions linked to his use of asthma medication. A bullish Froome said he was relieved to be back on course for a record-equaling fifth title but organizers felt the need to warn against violence along the three-week course and issue a plea to spectators to respect Froome and his Sky Team. Froome however was roundly booed on his first meeting with the French public on Thursday when Sky took the stage for the official teams presentation, and during a 1 kilometer jaunt around the small town of La Roche-sur-Yon. Officials have drafted in around 30,000 agents to cope with security concerns.

"I'm just relieved to be racing, and want to draw a line in the sand now," Froome said as his team boss Dave Brailsford added that Sky was used negativity in France, where Froome had been jeered in the past. Froome said earlier that a huge weight had been lifted off his mind after the Union Cycliste Internationale dropped the case against him triggered last September by an adverse analytical finding for salbutamol during the Tour of Spain. The three-week tour is, as Irish fancy Dan Martin described, "a tale of two halves" this year with a flattish first part featuring treacherous cobbles and crosswinds followed by six mountain and four hilly stages packed into the latter part of the 3,351 kilometers (2,082 miles). Whatever added tests face Froome, route designer Thierry Gouvenou said the switch between the flat and the mountains "is perhaps the greatest challenge of this Tour."

Huge crowds are expected as the race sets off from France's Atlantic coast and early challenges include an agenda setting 35 kilometer team time-trial on day three, while a run to the pretty seaside town of Quimper on day five features 10 hills.