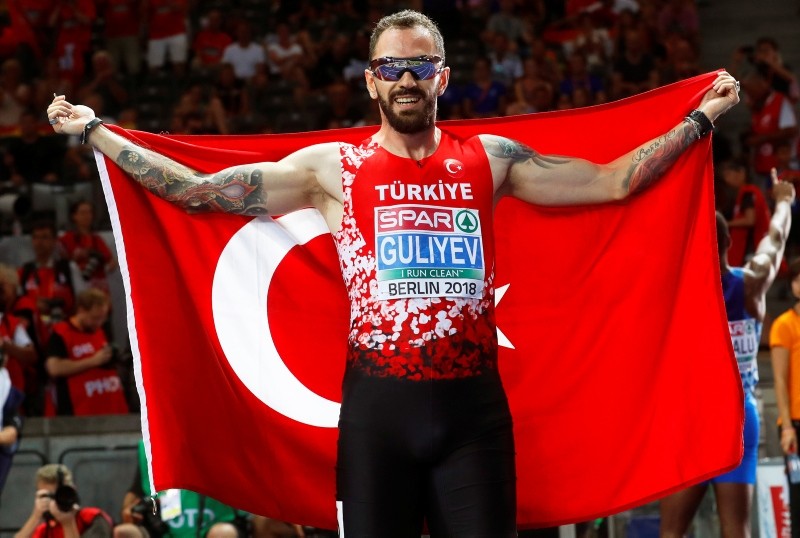 Turkish track and field athlete Ramil Guliyev was nominated for the male athlete of the year award by the European Athletics association.

Turkish Athletics Federation announced in a Monday's statement that Guliyev was nominated for the annual award which will be presented at Golden Tracks award ceremony in Lausanne, Switzerland on Oct., 26.

Lastly, Guliyev won the 200m title at the European Championships in Berlin in August, setting a championship record of 19.76 seconds.

The voting at official Twitter and Facebook pages of the European Athletics will be closed at 1 p.m. (1000 GMT) on Oct. 5. The three finalists will be announced shortly after on social media.