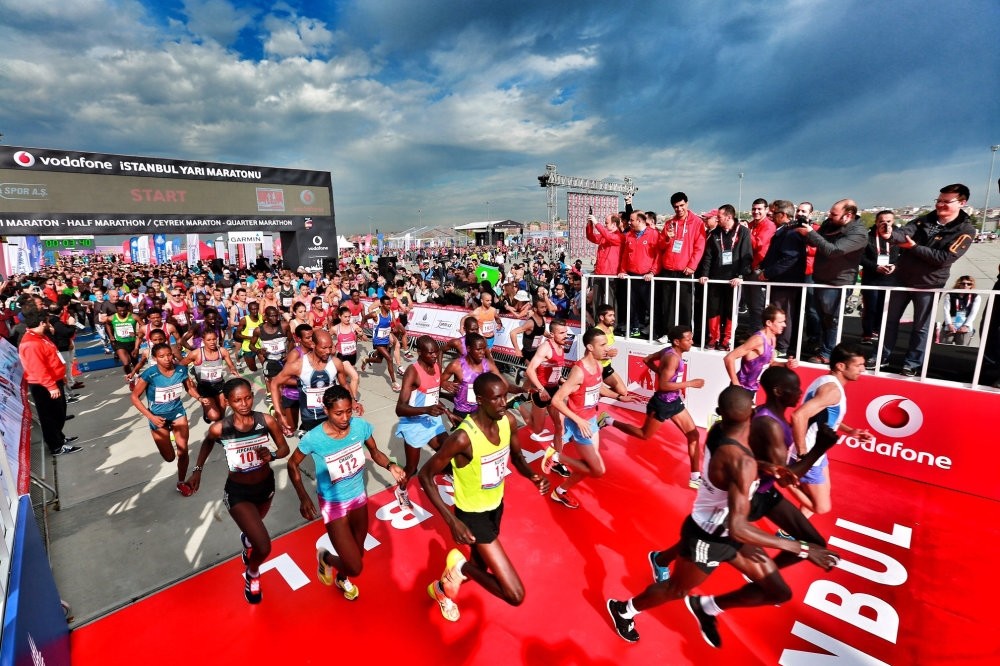 Eight thousand people from 50 countries participated in the Istanbul Half Marathon held on April 8.
by Anadolu Agency Nov 01, 2018 12:00 am

Organizers are expecting a record number of runners at this year's Istanbul Marathon.

The 40th Vodafone Istanbul Marathon, the world's only transcontinental race, will be held on Nov. 11.

"We are seeing a lot more interest compared to last year. The registration for the 10-kilometer and the 15-kilometer events are already closed. We are expecting a record number of runners this year," Vodafone Turkey Deputy CEO Hasan Suel told Anadolu Agency (AA) on Wednesday.

"The Istanbul Marathon attracts a great deal of attention from foreign and Turkish runners," he said. "[This is] the only marathon in the world where the runners cross two continents. The runners also run to see the world. This marathon also gives the participants a chance to see the city."

The marathon will start on the Asian side of Istanbul's July 15 Martyrs Bridge, formerly known as the Bosporus Bridge.

The finish line will be at the historic Sultanahmet Square on the city's European side.

Recalling this year's motto "Run Istanbul for a Healthy Future," Suel said, "Running has become much more popular in Turkey."

Around 30,000 professional runners including 3,500 foreigners from more than 100 countries will take part in the marathon. The event features a 42-kilometer marathon, and three other races on a 15-kilometer, 10-kilometer, and an 8-kilometer course. It will also include a race for wheelchair users.

Vodafone is the main sponsor of the race, organized by the Istanbul Metropolitan Municipality and Spor Istanbul.