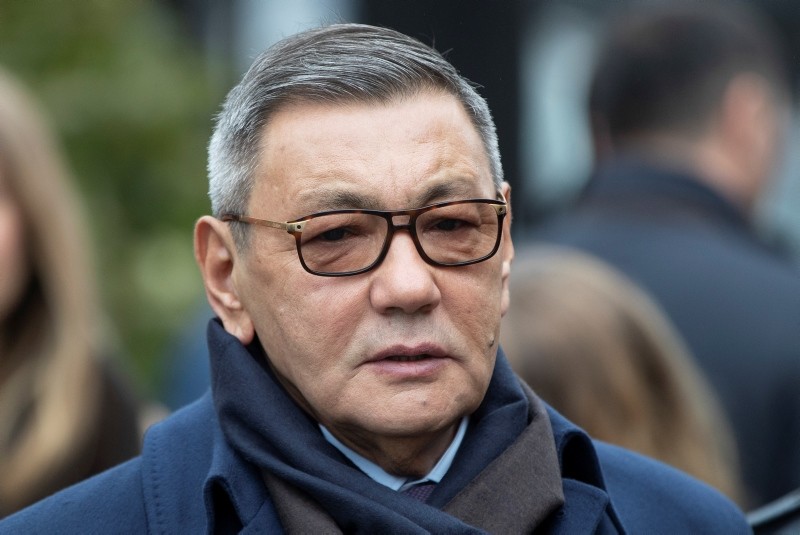 An Uzbek businessman who has been accused of ties to organized crime was elected president of the amateur boxing federation on Saturday, putting the sport on a collision course with the International Olympic Committee.

The IOC criticized Gafur Rakhimov's bid to become head of AIBA, and it has yet to confirm boxing is on the program for the 2020 Olympics in Tokyo. The IOC could host an Olympic boxing tournament without AIBA, cutting off the financially troubled federation from a key funding source.

Rakhimov beat his only challenger, former Kazakh boxer and politician Serik Konakbayev, with 86 votes out of 134 valid ballots cast.

Rakhimov is on a U.S. Treasury Department sanctions list for alleged links to organized crime and international heroin trafficking. The sanctions bar U.S. citizens and companies from doing business with him. He has denied wrongdoing.

Speaking before the vote, Rakhimov — who had served as AIBA's interim president since January — sought to play down tensions with the IOC.

"Boxing will definitely be on the Tokyo Olympic Games program, and also in Paris and Los Angeles (in 2024 and 2028), just like any future Olympic Games. It's in no way linked to your choice of AIBA president," he said.

"If any temporary issues arise between AIBA and the IOC, linked to the election of any AIBA official, including me, in that case we know how to solve them. Boxing and the Olympic Games are inseparable."

Delegates struggled with an electronic voting system which, in one test, produced more votes than the official delegate count, which had to be re-taken.

Organizers eventually resorted to hastily printed paper ballots and a makeshift voting booth made of tables and sheets.