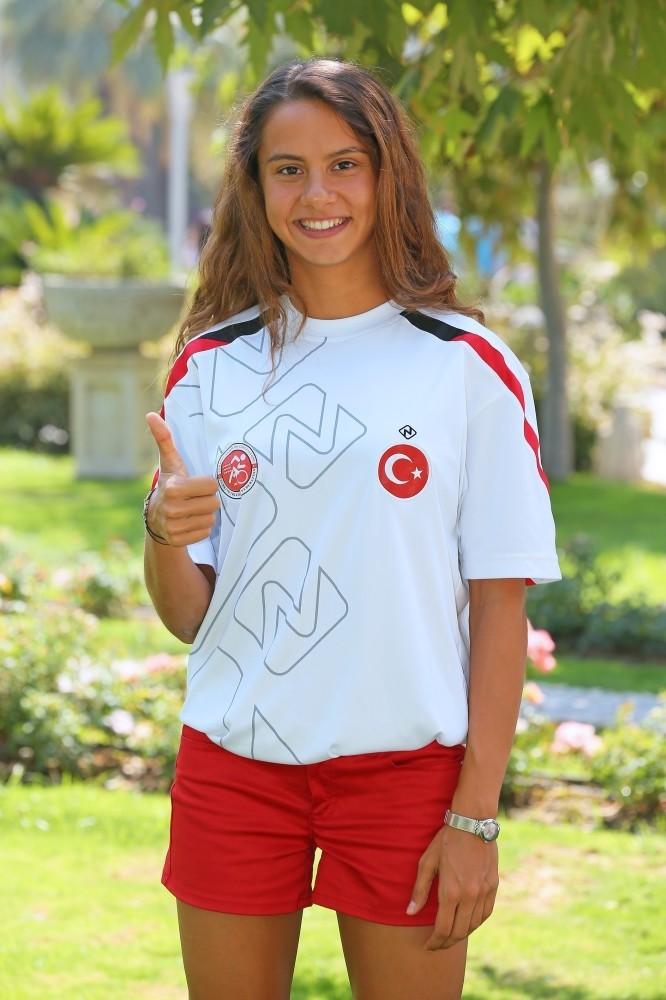 Turkish athlete İpek Öztosun added another feather in her cap after coming first in her age group at the Ironman 70.3 triathlon race in Serik, Antalya on Oct. 28. 24-year-old Öztosun, often called the ironwoman, came a fourth overall in the race, participated by some 1,700 athletes from 70 countries. Ironman 70.3, also known as a Half Ironman, is one of a series of long-distance triathlon races organized by the World Triathlon Corporation (WTC). The "70.3" refers to the total miles (113 kilometers) covered in the race – consisting of a 1.2-mile (1.9 kilometers) swim, a 56-mile (90 kilometers) bike ride, and a 13.1-mile (21.1 kilometers) run.

Over the years, Öztosun has won many titles for Turkey in international tournaments. With Ironman 70.3, she proved her resilience as a triathlete once more. Triathletes, professional mountain runners, mountain bikers and amateur athletes struggle to complete in such demanding races as they require a lot of strength. Öztosun's performance was best ever by a Turkish triathlete and will surely go down in history. She came first in the 18-24 age category. In the women's general classification she was fourth behind her Russian, Swiss and German rivals.