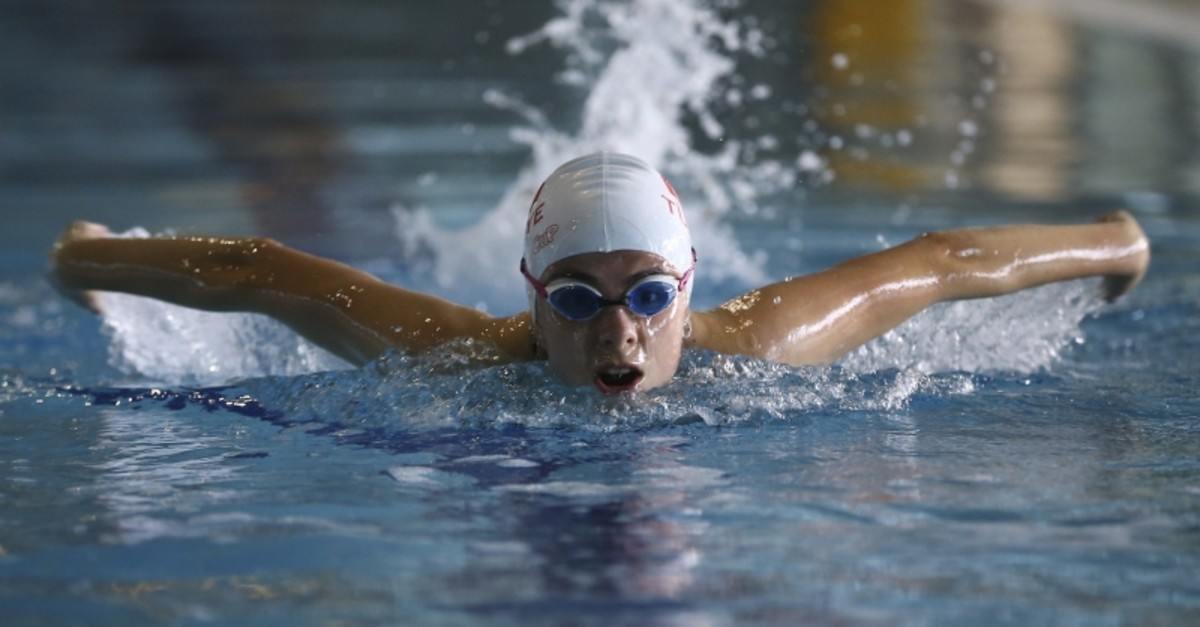 After defeating asthma, 17-year-old Yaren Nur Polat is fighting for a spot in the upcoming Olympics, a feat she ties to her foray into modern pentathlon

She fences, swims, rides, shoots and runs, and this is what helped her beat asthma, Yaren Nur Polat says. The 17-year-old athlete who now eyes a place in the Tokyo 2020 Olympics, is among the rising stars of modern pentathlon in Turkey.

Polat was only seven years old when she was diagnosed with asthma, and upon her doctor's advice, she started exercising and immersing herself in sports. She took up swimming first and soon caught the eye of her trainer who suggested the girl try her hand in modern pentathlon. Today, she is a professional athlete with accomplishments in international tournaments from the U-17 European Championship in 2016 to the Youth Olympic Games in Argentina in 2018. She also won a silver medal in the U-19 category in the Polish Open pentathlon championship earlier this month.

A member of the Anıttepe Altınkulaçlar Swimming and Pentathlon Club in the capital Ankara, Polat now trains in the club's facilities for the 2020 Olympics that she hopes to qualify for. Polat does not skip training even for a day and strives to juggle her sports career with school as she also prepares for the university admission exams. "I wanted to compete in the European championship in Lithuania in June, but it falls on the same day as the university admission exam here. I don't know if I can make it in time, but I want to win at least a bronze medal in Lithuania," she says. She wants to study nutritional and dietetic medicine at university. Her versatility may be helpful in this case, but Polat relies more on planning in advance. "It is difficult to attend school and train on the same day, but it has become a routine for me now because I adjusted myself to this life since my childhood," she says. Still, she is "fine" with doing both and says it goes smoothly for her. 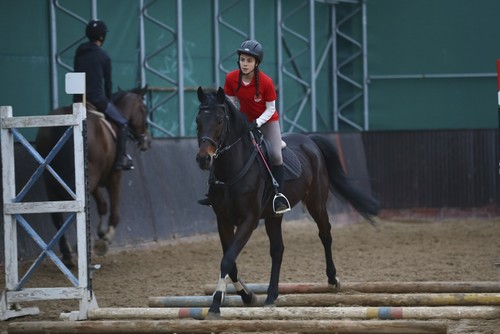 Yaren Nur Polat says having asthma does not disrupt her pentathlon training.

Having asthma was a major obstacle at first, especially when she was swimming, but Polat says she managed to defeat the illness. "It never disrupts my training. I feel great. I recommend this to boys and girls of my age and those younger than me. They should really take up swimming or running at least. It will help them defeat asthma," she says.

Polat says it was a great step for her to represent Turkey in the 2018 Youth Olympic Games, but she wants to prove herself in Tokyo as well as ensuing Olympics too. "I believe I can win a medal," she adds.

Associate professor Ümit Murat Şahiner, who is a member of a Turkish Association of Allergy and Clinical Immunology, watches the young girl as she immerses herself in training without any trouble. "The biggest trouble for children with asthma is overprotective parents," Şahiner insists. "They think a girl or boy running around, coughing, sweating is a bad signal that may trigger a worse illness. Yaren is a great example of how this mindset is wrong. We are proud of her," he says.

Şahiner notes that young athlete's lungs function "5-10 percent better" than healthy girls of her age. "It is expected that lung function capacity decreases in asthma patients but being an athlete makes Yaren's lungs more enduring," he adds. He says he recommends swimming, in particular, to asthma patients. "Swimming makes your body use all its functions and boosts lung capacity. So, it is safe enough for asthma patients. They can even join the Olympics," he says.