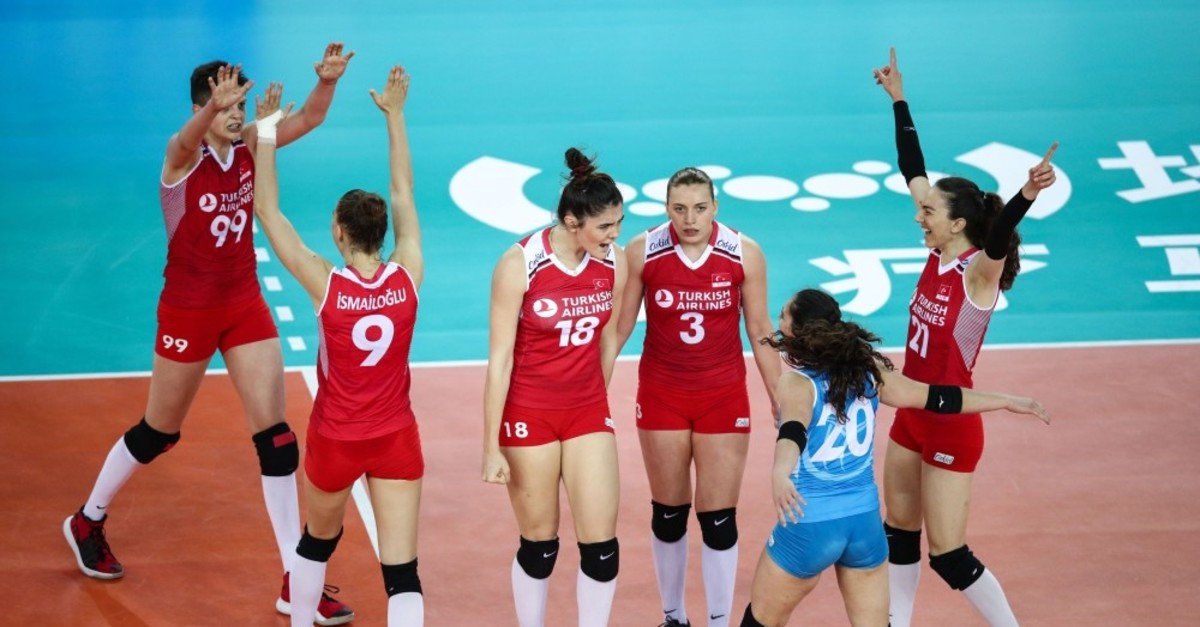 The Turkish national women's volleyball team netted an easy 3-0 win against the U.S. yesterday, in their Week 4 game at the FIVB Nations League in Jiangmen, China.

The Sultans of the Net, as they are known in Turkey, won in three straight sets - 25-15, 25-17 and 27-25 - picking up their ninth victory in ten games. Turkey's Ebrar Karakurt was the top scorer with 23 points. She was followed by Fatma Yıldırım with 12. The national team will take on host China next today. It is currently leading the tournament rankings with 27 points, ahead of China and Italy. After matches against China and Poland today and tomorrow, it will return home to host ninth-ranking Belgium at home in Ankara on June 18 for a Week 5 game.

The team won silver in the first edition of the tournament held last year and aims for gold this year. It missed last year after losing in the final against the U.S. The Turkish national women's volleyball team has come a long way from the sixth spot in FIVB World Championship in 2010 and boasts two medals in the European Championships since 2003.