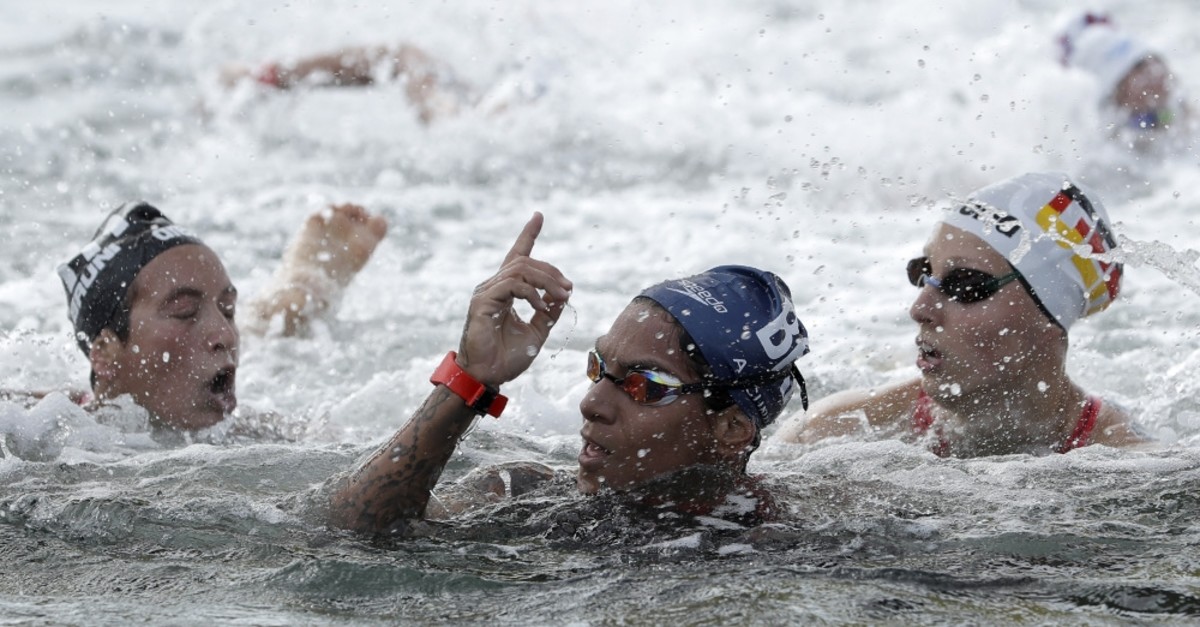 Cunha, who was consistently in the top 10 throughout the race, pulled away in the final 300 meters to finish in 57 minutes, 56.00 seconds, a second ahead of Aurelie Muller of France. There was a tie for the bronze medal: American Hannah Moore and Leonie Beck of Germany both finished in 57:58, two seconds behind Cunha in the non-Olympic event.

Cunha has won the 25-kilometer race three times at the worlds, but this was her first gold at the 5-kilometer distance. Her previous best finishes over five kilometers were bronze medals at Barcelona in 2013 and at Budapest in 2017. On Sunday, Cunha finished fifth in the 10-kilometer race to earn a Tokyo Olympics berth for 2020. At the Olympics, only the 10-kilometer distances for men and women will be staged. "In the 10k, I really wasn't happy with that result," Cunha said.

"Today my strategy was to swim a bit more relaxed in the first half. I was behind the girls until the third lap when I started to move up. In the final lap, I just got myself to where I needed to be." Moore was thrilled with her tie for the bronze medal at her first world titles. "This has by far exceeded my expectations," the American said. "I knew it would be really rough, just based on watching the other races. The girls went out really fast, so I tried to stay calm and be a little braver than I wanted to be, and it worked out in the end." She said she was inspired by the performances of her American teammates in Gwangju. "Watching Haley (Anderson) win a silver medal in the 10k and to see that she and Ashley (Twichell) both achieved the Olympic qualification in the 10k really fired me up," Moore said. "I just got into this sport last year and I'm kind of learning from them."