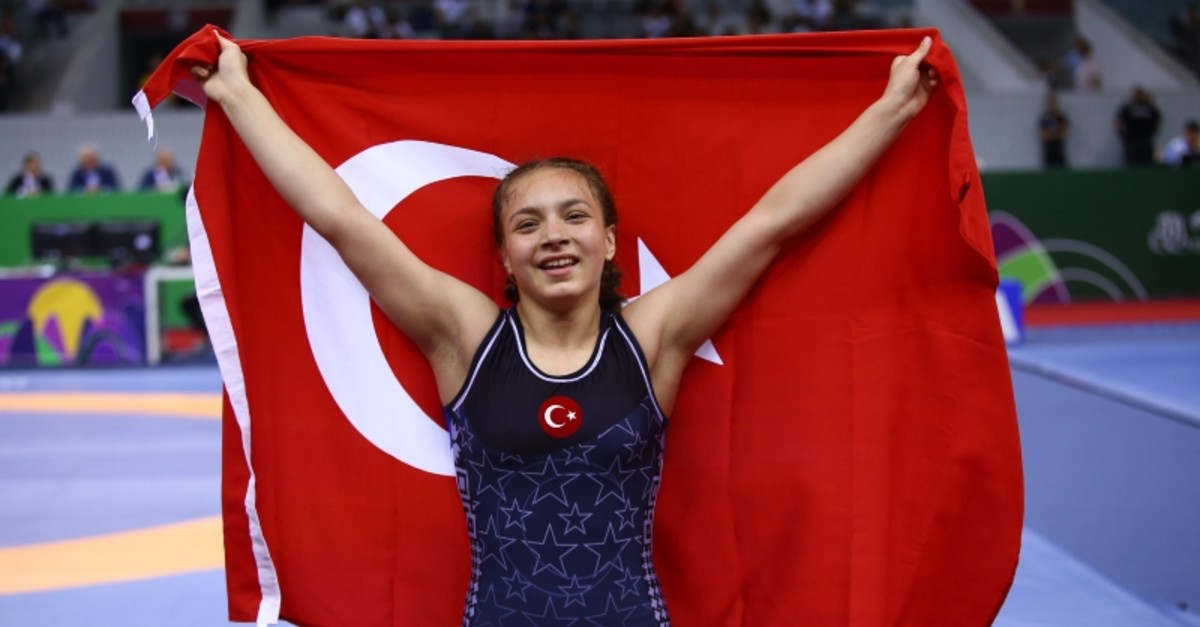 Emine Çakmak defeated her Romanian rival Ana-Maria Pirvu in the women's 49 kg-final on the second day of the competitions.

The victory marked the first gold medal in the athlete's career.

Another Turkish wrestler Umut Çoban had also won a silver medal during the competitions held Sunday, on the first day of EYOF.

The sports competition will see athletes from 48 countries competing in 10 different sports branches and end on July 27.