From the field to the track, Ruken Tek eyes world title 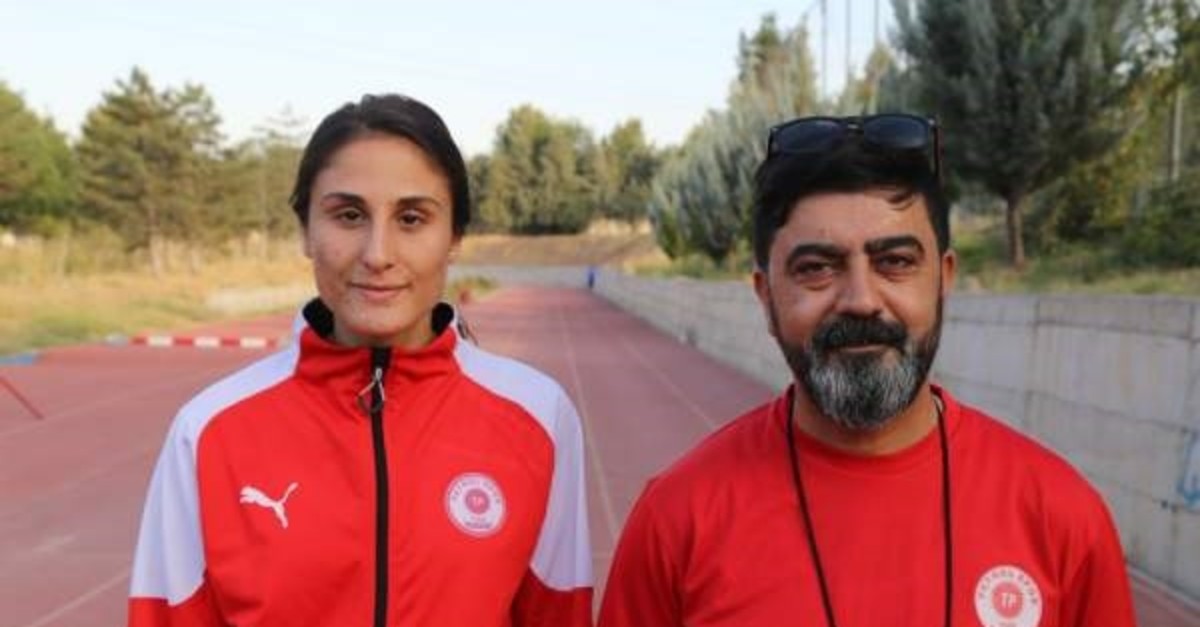 Tek's trainer u00dcmit Kemal Piu015fkin says they are excited to see one of club's athletes to represent them in the world championship. (AA PHOTO)
by Daily Sabah Oct 11, 2019 10:58 pm

A few years after she was discovered by chance while running to the fields to help her family, Ruken Tek now looks ready to grab a world title in the upcoming World Mountain Running Championship in Argentina


CONTINUED FROM PAGE ONE-
Öden had her enroll with the school’s athletics team and later helped her apply for trials for Batman Petrolspor. The young athlete was picked by the club seven years ago, and the rest was history for her. In the World Mountain Running Juniors Race in Italy two years ago, she grabbed the fifth spot while competing against athletes from 16 countries. She followed it with a second place in the women’s category in the U20 Mountain Running Race in Kocaeli, Turkey. In seven years, she won more than 100 titles in local tournaments and qualified for the Argentine race.
Now a high school graduate studying in university, Tek never misses her strict training session so she can “represent Turkey the best way she can.” Speaking to Anadolu Agency (AA), Tek, who hails from a large family of 12 children, says her father and Öden have been her biggest supporters. She credits Öden for her accomplishments. “My dream is seeing the Turkish flag flying when I take the podium in Argentine with a title, to hear our national anthem played there. By God’s will, I will return home with a title,” she says.
Tek advises fellow young people to take up athletics and never give up. “They should set a goal for themselves and should cling to it,” she says.
Ümit Kemal Pişkin, the athletics trainer for Batman Petrolspor, says they were excited to have an athlete who will compete in Argentine for Turkey. “We discovered her in trials for students and helped her become a genuine athlete. She has more than 100 championship titles, including national titles. I hope she will represent Batman, our club and our country best on Nov. 15,” he said.
The World Mountain Running Championship, or the K42 Series, is a string of competitions hosted by Argentina, Chile, Colombia, Spain, Italy and Mexico. In Argentina, racers will compete in Villa La Angostura in Argentine Patagonia. More than 2,000 runners will compete in the race in three categories, classic juniors, classic seniors and long-distance events in two different distances, 42 kilometers and 15 kilometers. The K42 series started in 2009 in the Canary Islands, Brazil and Argentina, and they now cover more than 12 countries and three continents.
Last Update: Dec 20, 2019 1:02 am
RELATED TOPICS