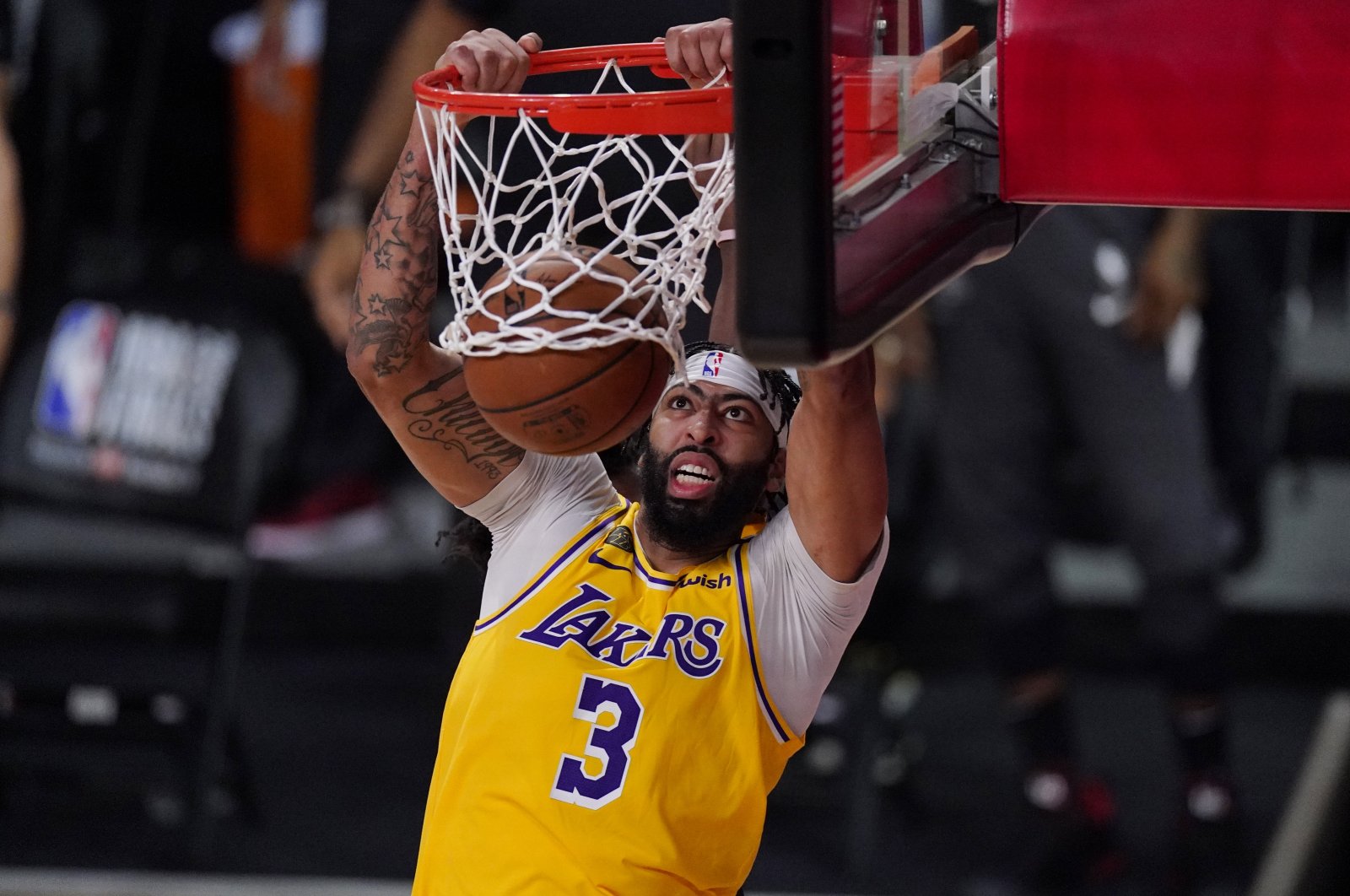 The Los Angeles Lakers manhandled the Miami Heat 116-98 in game one of the NBA Finals on Wednesday in a dominant start to their quest for a 17th championship.

After a 10-year absence from the championship series, the Lakers returned with a vengeance in the NBA's quarantine bubble in Orlando, Florida.

Anthony Davis, in the best-of-seven title series for the first time after years of frustration in New Orleans, scored 34 points to lead the Lakers.

"I felt good," Davis said. "A little nervous, but when the ball was tipped up, I just went out there and played basketball. This is a moment I've waited for my entire career, and I want to make sure I take the opportunity because it doesn't come around too often."

LeBron James, the fourth player to make a 10th appearance in the NBA Finals, was just shy of a triple-double with 25 points, 13 rebounds and nine assists.

"We've got a lot more work to do," James said afterward. "The job is not done. We're not satisfied winning one game. It's that simple."

Kentavious Caldwell-Pope added 13 points and Danny Green contributed 11 for the Lakers, who led by as many as 32 points.

The Heat, the Eastern Conference fifth seeds who swept the Indiana Pacers before toppling the top-seeded Milwaukee Bucks and the Boston Celtics on the way to the finals, showed no sign of nerves in an energetic start against the Western Conference top seeds, racing to a 13-point lead midway through the first quarter.

But the Lakers inexorably seized control and the Heat's dream started to devolve into a nightmare with key contributors Goran Dragic and Bam Adebayo exiting with injuries and star forward Jimmy Butler hobbled by a twisted ankle.

Butler still scored 23 points to lead the Heat, who will try to bounce back in Game 2 on Friday.

'We came out slow'

Davis and James both said the Lakers need to start stronger in Game 2 after Miami came out firing.

"They came out very hot; we came out slow."

Added James: "I think they smacked us in the mouth, and we got a sense of that."

"And so we knew how hard we had to play if we wanted to try to make it a game. From that moment when it was 23-10, we started to play to our capabilities. We started flying around. We started getting defensive stops. We started sharing the ball a lot better offensively and just got into a really good groove."

Caldwell-Pope drained back-to-back three-pointers to trim the deficit to 25-18, and Davis knotted the score 28-28 on a layup off an assist from James before finding reserve Alex Caruso for a three-pointer to end the first with the Lakers up 31-28.

Los Angeles continued to pour it on in the second quarter, outscoring the Heat 34-20 to take a 48-65 lead into the break.

Three-pointers from Kyle Kuzma and Rajon Rondo pushed the Lakers' lead to 37-32 less than two minutes into the second period.

Two three-pointers from rookie Tyler Herro briefly saw the Heat lead 43-41 – but the Lakers responded and pulled away courtesy of a 64.7% success rate from three-point range in the first half when they made 11 of 17 from beyond the arc.

Overall the Lakers shot 45.2% from the field and made 15 three-pointers. They out-rebounded the Heat 54-36.

After Caldwell-Pope came up with a steal a driving Kuzma found Davis for a dunk that made it 61-48 with 1:15 left in the first half.

James made two free throws and Davis threw down a dunk to stretch the Lakers' lead to 17 after a first half that saw James shaking out a shoulder after colliding on the floor with Jae Crowder in pursuit of a loose ball.

But Miami endured worse injury news, with Dragic – the Heat's leading scorer in the playoffs – exiting at halftime with a left foot injury.

Adebayo departed in the third quarter with a left shoulder problem as Butler played on despite twisting his left ankle in the first half.

Immediately after the game, Heat coach Erik Spoelstra said he did not yet know the prognosis for Dragic and Adebayo.

"Regardless," he said, "the Lakers set the tenor, the tone, the force, the physicality for the majority of the game."

"They just took control, and we weren't able to get it back."

Lakers coach Frank Vogel said his team would attempt to keep applying the same kind of pressure in game two.

"This is just one win," Vogel said. "We're happy that we got the win, but we've got to keep our foot on the gas."